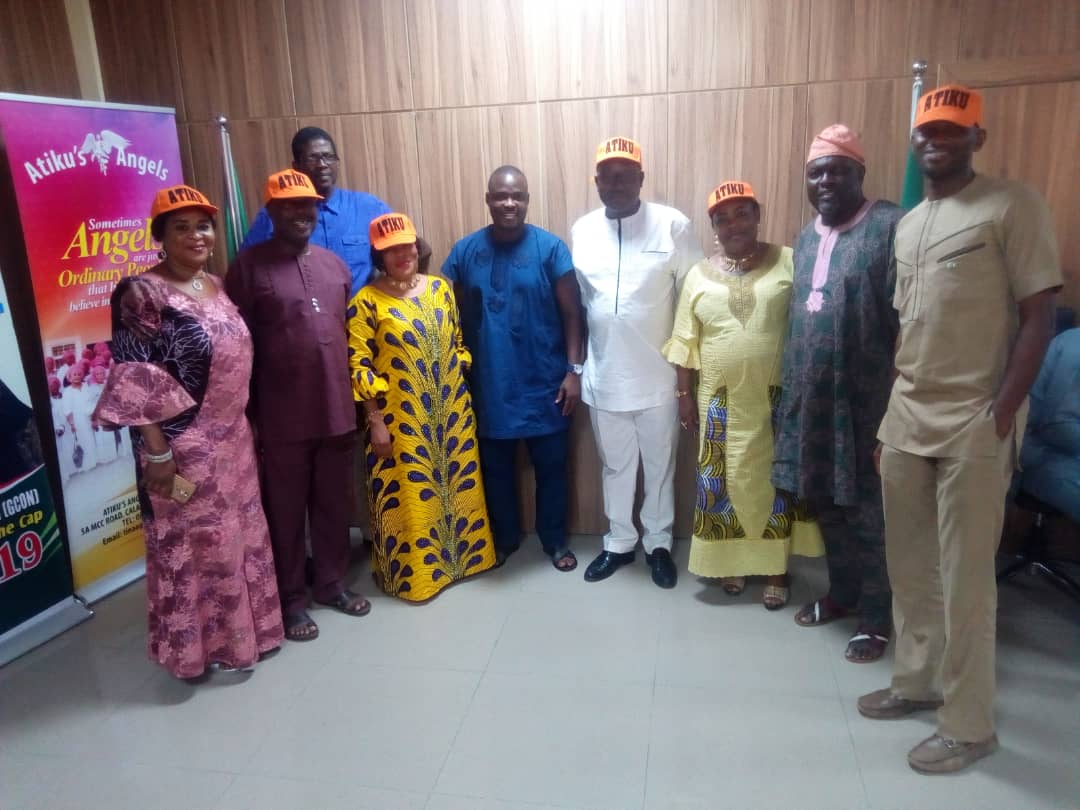 The Deputy Director Support Groups at the Atiku Presidential Campaign Office, Oladimeji Fabiyi on Wednesday said that the New Vision Group is one of the volunteer bodies the campaign organization relies upon to drive the 2019 electioneering campaign to oust the incumbent president from office and ensure the election of the Peoples Democratic Party (PDP) candidate, Alhaji Attiku Abubakar.

Fabiyi made the declaration when the national executive committee of the New Vision Group paid a solidarity visit to the Atiku Campaign Office in Abuja.

Receiving the national executive members on behalf of the campaign organization, Fabiyi thanked the NVG for its consistency in advocacy work for the emergence of Atiku as the PDP presidential flag bearer and eventual election as President in 2019.

Recounting what it took to convince Atiku to join the presidential race, the deputy director said that the Waziri Adamawa was at first reluctant insisting however, that for him to throw his hat into the fray he must be convinced about the genuineness or belief of the ordinary Nigerians and suffering masses under the inept administration and bad governance of the APC led Buhari government in his (Atiku’s) capacity, capability and vision to lead Nigeria.

According to him, the Atiku Campaign has learnt from the mistakes made in 2015 by the PDP that led to the party ceding power to the present clueless administration, assuring that such mistakes wouldn’t be repeated.

He declared that support groups will be assisted by the campaign organization to effectively discharge their core mandate ahead of the general elections.

“This group is one of the groups l have tremendous respect for because it’s made up of core professionals.

“The New Vision Group is one of the groups we rely on to help us drive the campaign and retire the incumbent from politics,” he added.

Earlier, National Leader of the NVG, Emmanuel Iriogbe had briefed Fabiyi on how the group had met with Atiku then still in the APC to prevail upon him to contest the 2019 elections and to rescue the country from the misrule of Buhari.

The NVG he said is spread across the 36 states of the federation, including the FCT with its strength being its capacity to use the media, women and youth to mobilize support for Atiku to end the inglorious reign of Buhari.

Already, Iriogbe mentioned that the women’s wing during a courtesy visit on Mrs. Titi Abubakar inducted her as their matron, a position she gladly accepted.

Also, the NVG National Women Leader, Evelyn Onyilo declared that structures for the mobilization of women were intact and that the women were ready to hit the ground running.

She disclosed that the women’s wing had been inaugurated in states like Ogun, Taraba and Adamawa and that the women have leaders at zonal, state, local government and ward levels.

At the end of the visit, Fabiyi had a group photograph with NVG national executive committee members and thereafter, presented policy documents of the Atiku administration to the group to complement its advocacy ahead of the 2019 general elections.