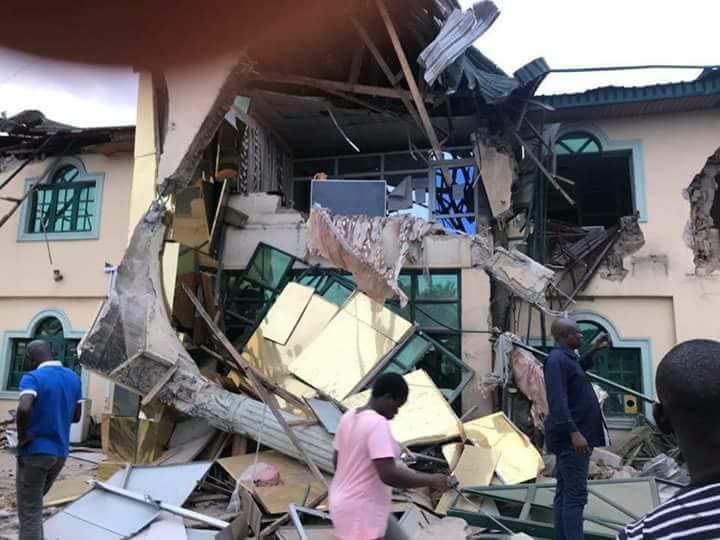 Dr. Yinka Ayefele, the Chairman/CEO of Yinka Ayefele Ltd, owners of Fresh FM 105.9, has reacted to a statement by Oyo State Government which said that the Music House, Challenge, Ibadan, where the radio station is located, was served a demolition notice because it contravenes state planning laws.

According to Ayefele, the building did not contravene any building law because it has the necessary approvals from relevant government agencies

The government’s statement, issued by the Commissioner for Information, Toye Arulogun, said that the submitted building approval for Music House was actually meant for an office complex and not a radio station, and so contravened the Oyo State Physical Planning and Development Control laws, sections 30, 31 and 32 of the Oyo State Physical Planning and Urban Development Law of 2012. According to Arulogun, the submitted approval from Music House deviated from the approved plan which in effect makes the approval null and void because deceitful information was given to the approving authority and also deviation from the approval granted both in construction and use.

The commissioner also stated that the government received petitions subsequent upon three fatal accidents that occurred around Music House in the last nine months, as the petitioners urged the government to look at the physical structure of the organization in relation to the dual carriage way which lends itself easily to accidents.

But in a swift reaction on Wednesday night, Ayefele said blaming accidents on that road on Music House was mischievous.

Below is the press statement by Ayefele, published exactly as issued:

Our attention has been drawn to a purported press release signed by Mr. Toye Arulogun, Commissioner for Information and Culture, Oyo State where he said that the Music House Complex Contravenes Planning laws and is responsible for three fatal accidents that occurred on the road in the last nine months on which the government have received petitions.

We want to make it clear that Music House followed due process in the construction of the building and got relevant approvals from state departments and agencies associated with lands and buildings.

Saying that Music House Complex is responsible for three accidents that occurred on the road in the last nine months is just an attempt by the Commissioner to run away fromn his shadow. How can a reasonable person say that?

It is not news that the Governor of the state himself said some politicians came to him to demolish the Music House Complex because Ayefele is not in their camp and he also sang against them. We have the Governor on tape, so the Commissioner should look for another excuse.

We know it is the Commissioner that is misinforming the Governor who we hold in a very high esteem. The Commissioner has tried in the past to influence a change in our programmes saying some of our analysts should be replaced.

We want the general public to know that Music House has not in any way contravened any building plan law as the Commissioner has mischievously said.

Music House has been in existence for almost 10 years and we have all necessary documents backing the building from relevant government agencies.

Some questions we need to ask the Commissioner are:
1. Why is the government collecting tenement rate from us when they know we contravened building plan law?
2. Why did the government approved the building plan when they know it will contravene the state housing law?
3. The Commissioner should tell us why the state is just realising that the Music House building is the cause of accident along this road. Perhaps it is also responsible for accidents on Ring road and other parts of the state.
4. If we actually contravened the building law, why did the Commissioner always send us press release for use on behalf of the government.
5. The Commissioner has featured on different programmes on our station and has commended us for our professionalism same with the Governor who heaped praises on us when he visited the station on October 6, 2016.
The Commissioner should look for another excuse and stop chasing shadows.