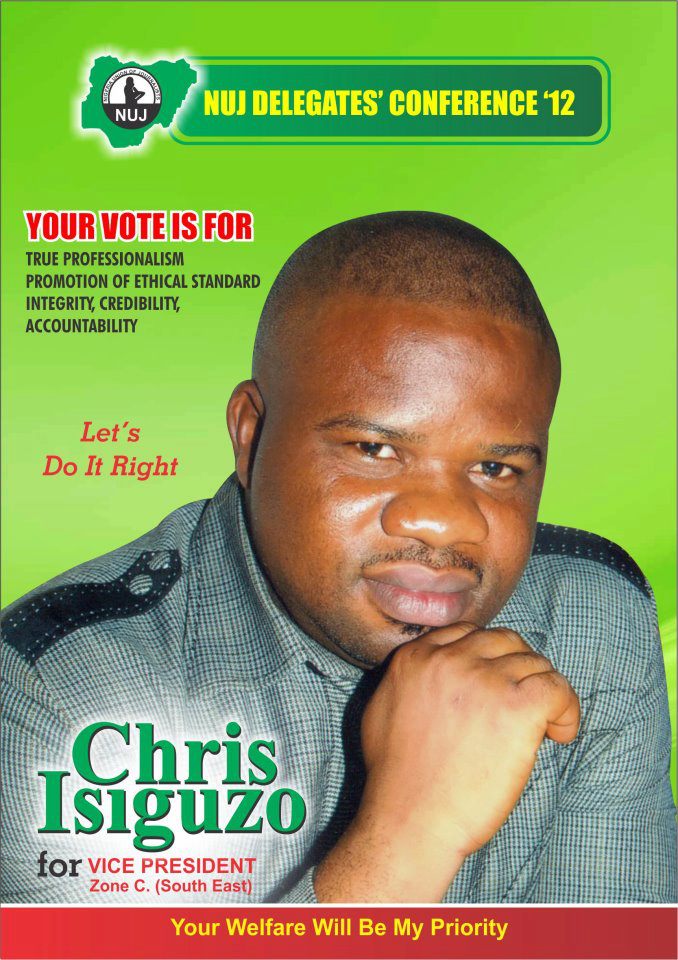 Mr Chris Isiguzo has emerged as the new President of the Nigria Union of Journalists NUJ.

He was elected at the just concluded National Delegates Conference of the union.

Isiguzo replaces Abdulwaheed Odusile, who was the NUJ President for the past three years.

The new President was immediately sworn-in alongside other elected national officers of the union.

According to result as announced by the returning officer, Benson Upah….