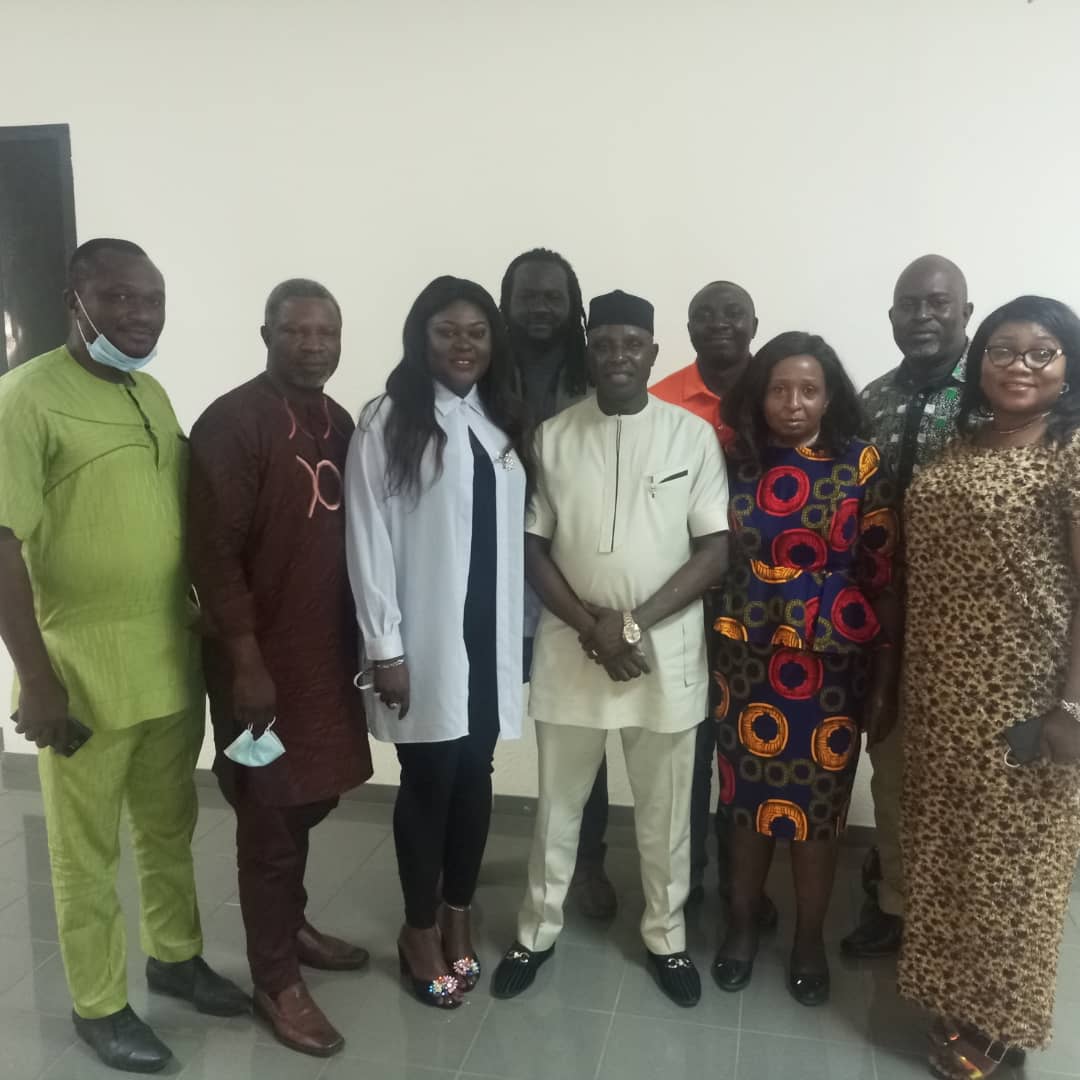 14
Share
By Emmanuel Iriogbe,  Abuja
The senator representing Plateau North in the red chambers of the National Assembly, Senator Gyang will be partnering with Nollywood’s premier guild, Association of Movie Producers (AMP), Nigeria in training of young filmmakers in digital techniques in modern day filmmaking. This much was revealed in Abuja recently when the National President of the association, Ms Peace Anyiam – Osigwe MFR, in company of her executives made a working visit to the senator at the national assembly complex.
The Senator acknowledged the efforts of the Nigeria movie industry at promoting some of the positive values of the nation to the world and creating employment for the youths through their movies. He applauded the effort of the new national executive on the proposed training of as many young filmmakers as possible through its digital filmmaking capacity building program and promised to collaborate with the association. The soft spoken senator also commended the plan of the new executive to promote the production of local dialect movies among its members, especially among the minority ethnic groups. The senator went ahead to declare support for the association on its effort at rebranding and repositioning the industry in Nigeria.             Speaking earlier, the president of the association, Ms Peace Anyiam – Osigwe MFR,  thanked the senator for giving them the opportunity to share some of the plans of her administration with him and sought the collaboration of the national assembly in harnessing the full potentials of the movie industry and its ancillary sectors in the creation of jobs for the teeming youth population in the country. Ms Anyiam- Osigwe said
Empowering the youths across the country with an increased knowledge to leverage the opportunities that are within the film industry,  this, the Association hopes to do by building the capacity of the producers of how to utilise the Social media in a positive way to market and sell their products as well as to help enhance the quality of the production values that the filmmakers put out. The AMAA boss also stated that the association will endeavor to encourage producers to make films in local languages ,show casing the sites and sounds of our beautiful country, across the 36 states and FCT. The National President was accompanied on trip by National Vice President, Amb.Queen Blessing Ebigieson, National Financial Secretary, Anthony Chukwuma, National Publicity Secretary, Nzeh Frankwhite, FCT chairperson, Imabong Abia, Ken Awoji, Lonny John among others.
14
Share