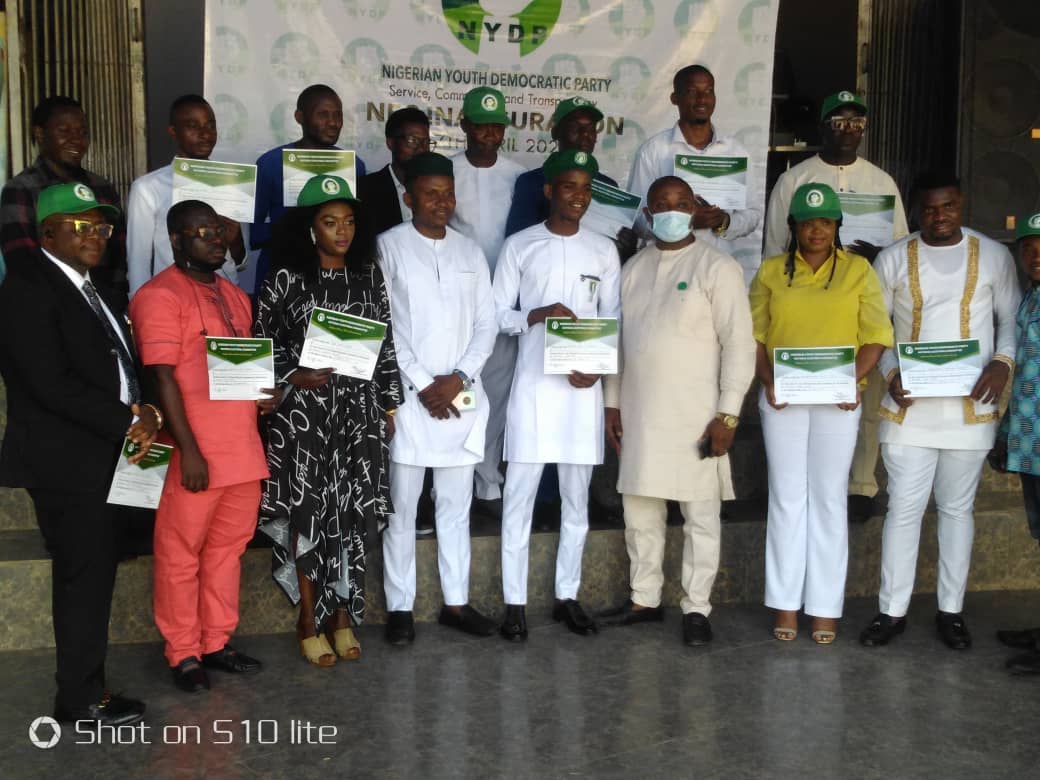 A coalition of Youth groups in Nigeria, under the aegis of Nigerian Youth Democratic Party, some of whom participated during the famous EndSARS protest, has inaugurated its National Leadership to pilot the affairs of the political movement to ensure a more purposeful youth leadership for Nigeria especially the presidency in the near future.

The event which took place recently in Abuja, was also used to sensitize Nigerians about the quest for young Nigerians to present themselves for leadership to correct the mistakes of our past and make Nigeria better again.

Speaking at the event the former National Interim Chairman Chigozie Eze, said that the group has come a long way and became stronger after appreciating the potentials of our young people during and after that the EndSARS protest, where young people spoke and the world listened.

He said the essence of the political movement was appreciate the fact that the future belongs to the youth and the earlier they took responsibility for thier future the better for young people and the nation.

He said in electronic voting was employed in electing the new national leadership, in a very transparent, credible free and fair election that ensured that there were no bickering within the structures and very soon the party registration process which they have commenced would be concluded.

The Deputy National Legal Adviser, Comrade Ephraim Okafor, Esq. said that it is important to guide our people on legal issues inline with the existing laws of our land and it was for that purpose that aspired to support the noble initiative to bring more young people to aspire for leadership and it would be a great joy for me to have contributed my quota to ensure that these aspirations are actualized.

He said From the time of the founding fathers of Nigeria, we were celebrated all over the world even till date but unlike in those days when we had the likes of the Zik of Africa, the great Aminu Kano and Chief Obafemi Awolowo, these were young people who gave their best for Nigeria and we were better off, but when we started looking for old friends to come back to power Nigeria has not remained the same. So we should go back to the years of youth leadership to make our nation better again.

On his part the newly inaugurated National Chairman of the group, Easy Mfater Terhemba, said that this is a time for all young people to come together to ensure that Nigeria is better, devoid of corruption, adding that they propose a party that would have an unbiased and rancor free selection process.

He said their leadership is open to constructive criticism and called for support and partnership by like mind youth whose sole priority is to make Nigeria better to join the movement, promising to engage experts in various sectors to draw up public policies that are achievable, to update the public from time to time on their activities and achievements.

Who is after Ambode