Female celebrities that are married to younger men 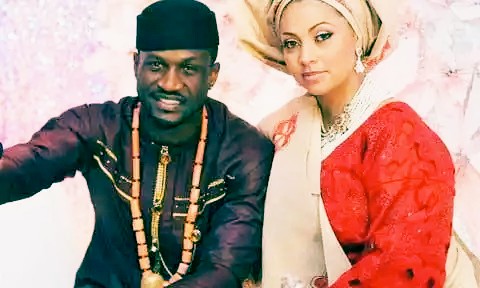 In a society such as ours, it is quite strange to see a man marry a woman whom he is younger than after all, the Society is a Patriarchal one.

For the fear of what people will say, men often end up with spouses they are older than.

Some people have however defied the odd and what is funny is that these individuals are celebrities. They have gone ahead to be with their lovers without regards to what the society will say.

Below is a list of 4 Female Nigerian celebrities that have younger husbands;

The undisputed Queen of dance in Nigeria is married to a man she is way older than. Kafayat Sharafat famously known as Kaffy got married to Joseph who happened to be one of the drummers of the defunct PSquare music group. Kaffy is eight years older than Pappy J as he is popularly known. The duo got married in 2012 and they have had two children since then; Eliana Ameh, their daughter and Sean Ameh, their son.

Lola Omotayo is said to be 6 years older than her husband, Peter. Peter Okoye and his twin brother Paul Okoye were given birth to on the 18th of November,1981. Lola once addressed the age gap between her husband and her years back in an interview saying; “Like I said, Peter is an old soul and he always tells me that I’m like a 23-year-old. Age is just a number. Right now, you can see it around the world. Demi Moore, Usher and some known people. Even in Nigeria here, they are dating people far older than their age. So, we shouldn’t base it on the age factor. He doesn’t make me feel like he’s younger than me.”

Deola Ayeni has been married for about 10 years now to Darey Art Alade. She is said to be 8 years older than Darey but this has not been a stumbling block to their union as both have come a long way and even have kids.

Trigga and Toyin Lawani are proudly flying the flag for the older woman/younger man relationship. Toyin Lawani is a celebrity stylist/fashion designer who is 32 years old and engaged to her 22-year-old boo Triggakess.

The couple who proudly refer to themselves as Naija’s Rihanna & Chris Brown, has welcomed a child together although Toyin has a daughter from a previous relationship.

Toyin reveals that Trigga is quite understanding and supporting, to her and the children.