FRSC GETS A BOOST AS BUHARI SIGNS INSTRUMENT ON ACCESSION 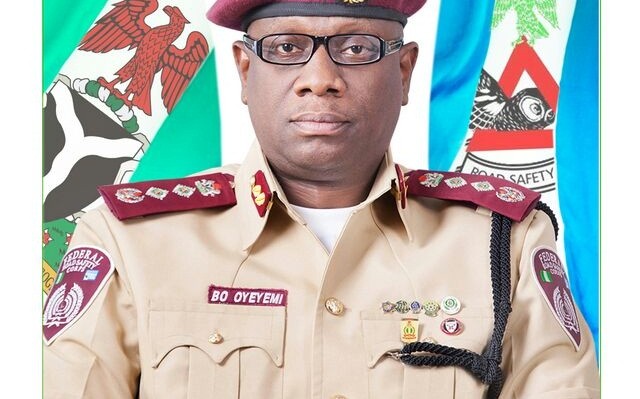 Pursuant to the sustained determination to address the menace of road traffic crashes by the present government, the president of the Federal Republic of Nigeria, President Muhammadu Buhari GCFR on 4th October, 2018 signed the Instrument of Accession to the Vienna Convention on Road Traffic of 5th Nov, 1968.
According to the Corps Public Education Officer, Bisi Kazeem, the Corps Marshal, Dr Boboye Oyeyemi who has been on a working visit to the United Nation’s headquarters, New York, USA, expressed great pleasure over Mr President’s magnanimity and unrivalled commitment to the safety of the Nigerian citizenry as manifested yet in this giant stride.
He stated that the Convention was adopted by the General Assembly of the United Nation’s on the 8th of November, 1968.
The Corps Marshal also revealed that the visit to the UN is in compliance with the provision of Article 45 (3) and Article 47 (1) of the Convention which states that Instruments of Accession shall be deposited with the Secretary General of the United Nations and the Convention shall enter into force, twelve months after the time of deposit of the fifteenth Instrument of ratification or accession;
Whereas, Article 47 (2) of the aforesaid Convention further provides that for each member state ratifying or acceding to this Convention after the deposit of the fifteenth Instrument of accession, the Convention shall enter into force, twelve months after the date of deposit by such member state of its Instrument of ratification or accession.
Oyeyemi who was in company of Ambassador Bolaji Akinremi, and other Nigerian delegation, presented, on behalf of the President, the Instrument of Accession on UN Convention on Road Traffic 1968, duly signed by President Muhammadu Buhari to the UN Chief Treaty Section Office of Legal Affairs, Mr SantiagoVillalp
ando.
In his statement, the Corps Marshal revealed tha

BREAKING NEWS! Edo state house of Assembly in a free for all.