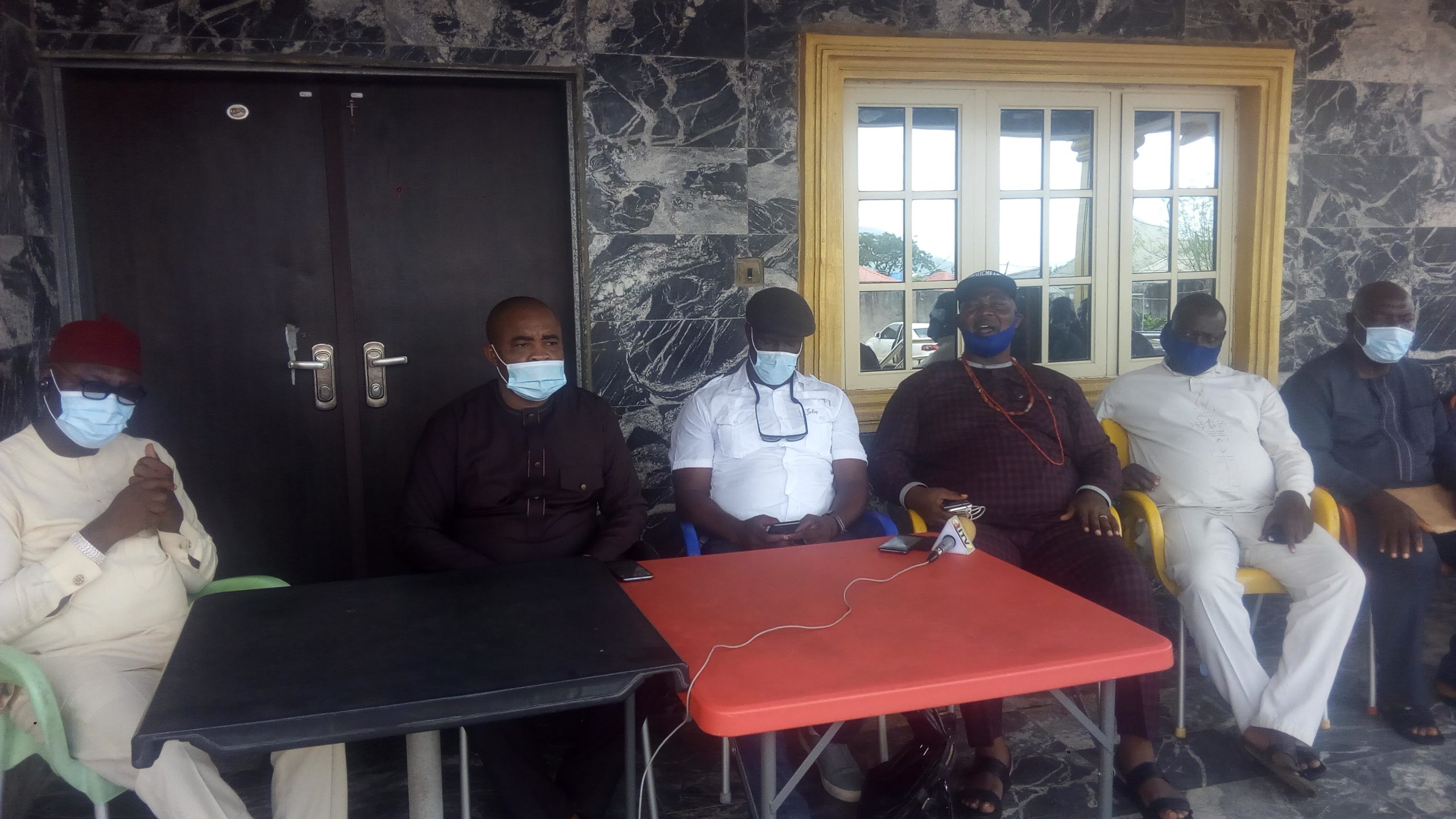 Amidst rumours that Igbos were targeted by hoodlums in the Apo mayhem that saw the killing of some persons in the on-going EndSARS riots, Igbo leaders in the Federal Capital Territory, FCT, have called for caution.

Addressing a Press Conference, the leaders said they were studying the situation to access the level of loss suffered by Indigbo while reiterating their stance to stand by the statement issued by President-General of Ohaneze world-wide, Chief Nnia Nwodo in which he called for calm.

Speaking at the occasion, Vice Chairman of the Abuja Municipal Area Council, AMAC, Lawrence Onuchukwu said; “We are here basically on behalf of the Indigbo in the FCT to talk on burning National issues. This is a follow-up of the press release issued by our national leader, Nnia Nwodo. We are doing this because every politics is local. We have seen the affairs of our people in the FCT. We are here as leaders of the Igbos in the FCT to condemn in totality the wanton killings of our young men and women in Lagos state some days back.

“We want to use this opportunity to call on my people, the Igbos in the FCT for everybody to remain calm and continue to pray to God to heal our land Nigeria. I am appealing to all Igbos in the FCT as your representative in government, you voted me, myself and other leaders here present just came out of a meeting and we have resolved to do everything within our power to protect you.

His Royal Highness Uche Egenti-Chairman, Igbo Traditional Rulers Council, FCT, noted that events in the past couple of days was saddening. “The youths have spoken. Their agitations are very germane, Nigerian, Africa and the world have heard them. It is left to the operators of the system to be able to address the issues. I want to employ Igbo youths especially in Abuja to embrace dialogue.

On his part, the National Youth Leader, Ohaneze Worldwide, Arthur obiora who said he had to fly in from his Enugu base to speak to youths in the FCT also lent his voice to the call for calm.