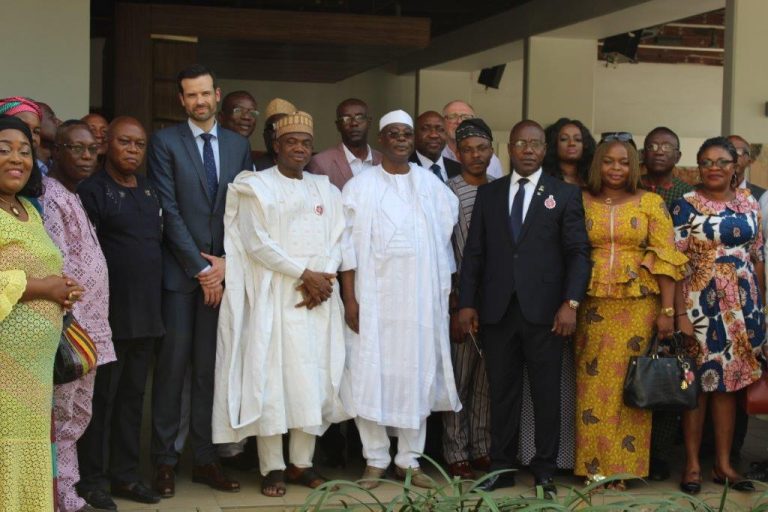 The Executive Director, Administration of Julius Berger Nigeria Plc, Alhaji Zubairu Ibrahim Bayi has said that both the Nigerian media and the company are constantly faced with similar challenges in trying to achieve their multi-faceted operational goals. He spoke in Abuja when the frontline construction giant feted media executives to an end-of-year get-together recently.

According to Bayi, within the utilitarian context in which members in the two different sectors operate, Julius Berger as an engineering construction firm and the media establishment face a similar fundamental challenge, adding that, “the challenge lies in the perception we both receive from the public which consumes our works, products and services; the public which we  must  respectfully,  at  all times, continue to serve.”

Expatiating on his position, the Executive Director said commendations and condemnation of efforts by the two sectors depend on the perception of their audiences and consumers of the services and products provided. “Julius Berger receives open commendation and goodwill when the user public is satisfied with the precise engineering infrastructure, which we seriously, innovatively and professionally deliver for the use, convenience and comfort of Nigerians. In a similar manner, the Media gets high accolades when it professionally delivers precise, factual and helpful information to enhance the greatest good of the greatest number of Nigerians” Bayi said. He added, “because of our necessary, mutual and open commitment to excellence, progressive development and the common good, our society understandably asks for more from Julius Berger as well as from the Media.”

However, he told the appreciative audience that this unique demand from the public remains a tonic that gingers both the media and Julius Berger to strive for better service and products delivery to the public. Bayi posited that it is a social demand, “which we understand, appreciate, respect and value immensely. It drives progress.”

Earlier in his speech, the Executive Director said Julius Berger Plc believes that there are three noticeable and interesting operational connections between the work of the company and the work of the Media.

“First, we both must conduct our work in the Public domain, and with excellence and helpful results as our end game. Second, we both must work for the greatest good and benefit of the greatest number of our people; and third, within the above utilitarian context of our occupational operations, Julius Berger and the Media therefore tend to face a similar and fundamental challenge,”, adding that it is within the foregoing context of the mutual challenges, commitment to high professional standards, continuing mutual working harmony; and consistent march to assured progress, that Julius Berger Nigeria Plc finds it cheerful to invite the media to the event. “It is our humble, little way of saying we value and appreciate our media partners, for your understanding and abiding faith in our Company as a faithful development partner of our dear nation.”

He used the opportunity to assure the Media that Julius Berger, being a law­-abiding corporate citizen, will continue to operate a transparent and friendly relationship with the Press for the clarification of any news stories relating to the Company, asking that the Media should feel free to reach out to the company’s Media Relations Office whenever the need arises for clarification of issues. Bayi further asked  for deeper understanding and cooperation between the media and Julius Berger in the years ahead.

In his response, Chairman of the Federal Capital Territory Council of the Nigeria Union of Journalists (NUJ), Emmanuel Ogbeche thanked Julius Berger for hosting the media executives saying that the company has always been part of the country’s progress.

The NUJ Chairman who is also the Editor of Abuja Inquirer newspaper continued: “Nigerian journalists will continue to hold every public and private institution accountable to the people. However, we have listened to the Executive Director very well. On that note, I must say that Nigerian journalists are ready to deepen our relationship with Julius Berger. We appreciate the mutual respect and harmony that characterise the relationship between the Media establishment and Julius Berger.”

Several of the senior members of the Media establishment who attended the event commended Julius Berger for the strides it made in the outgoing year, which they severally attributed to the proactive commitment of the company’s Management to the ideals of forward looking corporations even as many prayed for greater achievements for the construction firm in 2019.

Atiku, Oby, Sowore not invited to signing of peace accord