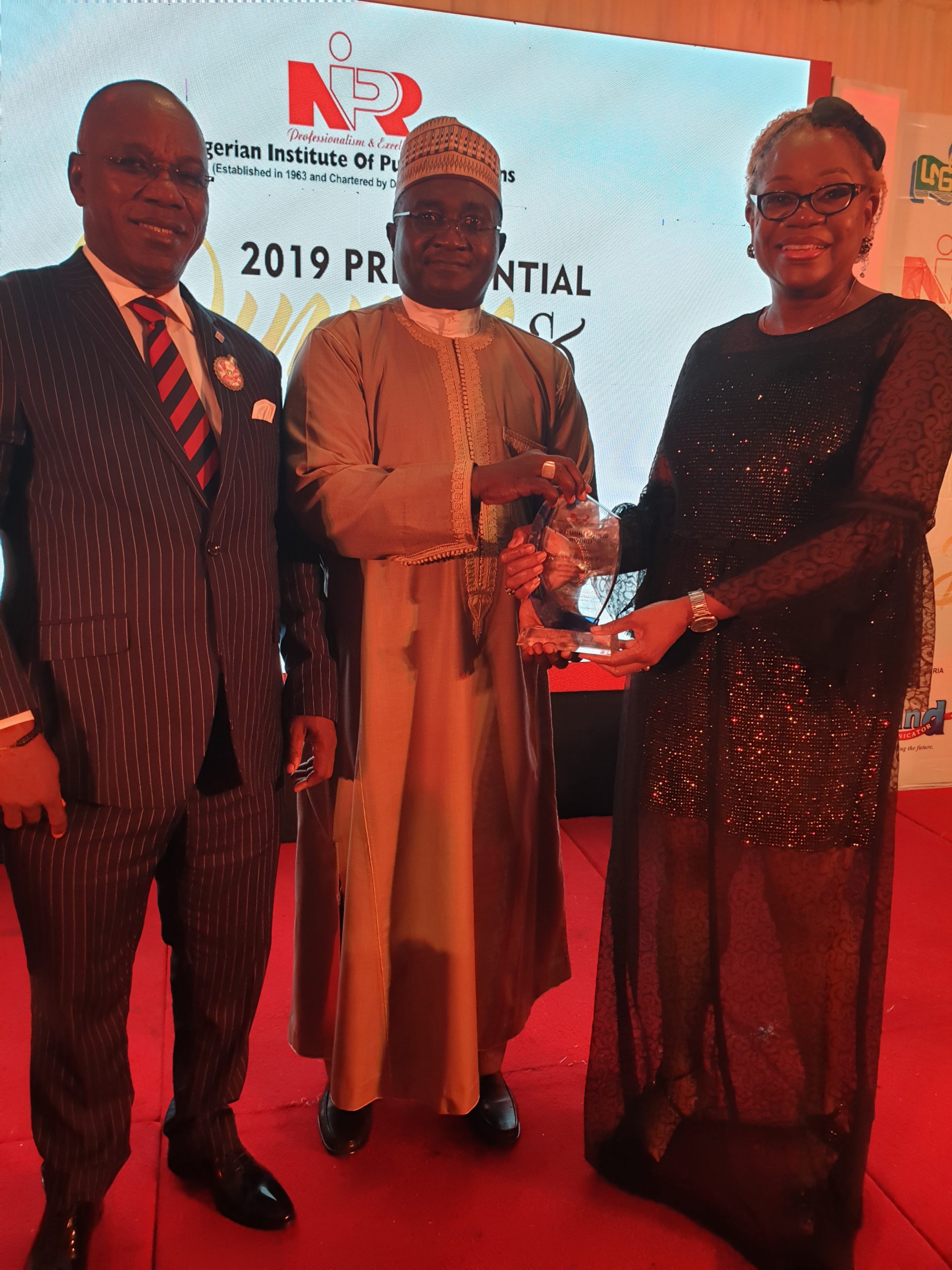 Julius Berger Nigeria Plc over the week, won the Corporate Public Relations, PR, Ambassador of the Year 2019’ from the chartered regulator of public relations practice in Nigeria, the Nigerian Institute of Public Relations (NIPR).
At a well-attended event held in Lagos at the Sheraton Hotel, the Nigerian Institute of Public Relations, NIPR, described Julius Berger Nigeria as a leading construction company offering integrated solutions and related services specialising in executing complex works that require the highest level of technical expertise and Nigeria-specific know how.
In the citation to justify the company’s qualification for the prestigious award, the President and Chairman of Council of the NIPR, Malam Mukhtar Zubairu Sirajo,FNIPR, said: “since its pioneering project in 1965, Julius Berger has played a pivotal role in the development of Nigeria’s industrial and civil infrastructure. The company utilises state-of-the-art construction methods and technologies to ensure that quality and innovation are prioritised for the benefit of clients.
“Just as Julius Berger has never failed to deliver its projects with remarkable success in the country, so has the company also been in total compliance with the highest expected standards and ethics for the advancement of the practice of public relations in line with the NIPR Act.
This is the second time the coveted award is being bestowed by the NIPR on the company and great patriotic corporate citizen, because of its unwavering compliance with excellence and best practice in its operations”.
The President of the NIPR noted that Julius Berger Nigeria’s core competence covers all project phases, including planning, design, engineering, construction,maintenance and operation for infrastructure, industry and building projects, adding that, “Julius Berger’s business is supported by vertically integrated operations which augment efficiency and timely project execution,” NIPR said subsidiaries and additional facilities make it possible to realise multifaceted construction projects at the highest level of performance. In presenting the Award to the company, the Institute said that alongside the certification of the International Standards Organisation, IOS, Julius Berger won th eAward in recognition of its outstanding contributions to the growth and development of the NIPR.
Speaking while presenting the Award to Julius Berger represented by the Company’s Secretary, Barr. Mrs Cecilia Madueke and Head, Media Relations, Prince Moses Duku, the Institute’s President, Mallam Muhktar Sirajo said; “Julius Berger has been a consistent supporter and implementer of the spirit and letter of the objectives and mandate of the NIPR. Their support for the work of the NIPR has been overwhelming. We appreciate them.
”Other organisations such as the Central Bank of Nigeria, Nigerian Communications Commission, the NLNG, Nigerian Breweries, Nigerian Bottling Company (CocaCola) and some personalities alongside staff of the NIPR also bagged diverse awards at the event tagged “2019 Annual Presidential Dinner and Awards.”