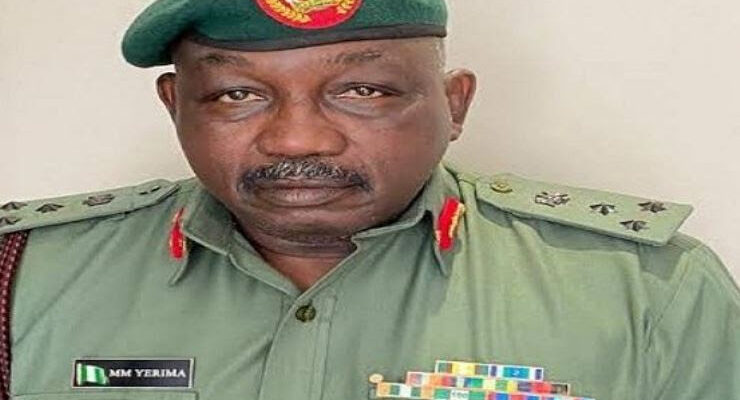 Yerima replaces Brig.-Gen. Saghir Musa, who has been redeployed to the Nigerian Army Training Centre, Kontagora in Niger State.

Yerima, a one-time Acting Director Defence of Information, was until his appointment, the deputy director reserve at the Defence Headquarters.

According to the profile released by the Army Headquarters, Yerima is a graduate of Political Science from Ahmadu Bello University.

He enrolled in the Nigerian Army in October 1989 and was commissioned into the Corps of Army Public Relations.

He served in various military formations and units such as Aide De Camp to the Commander Training and Doctrine Command between 1990 and 1993.

Yerima was Public Relations Officer for the Nigerian Army Officers wives Association, Office of Chief of Army Staff 1994; spokesperson, 81 Division from 1995 to1996 and PRO Nigerian Defence Academy 1996 to 2000.

The new army spokesperson was also Deputy DPR 1 Division Nigerian Army, 2008 as well as Chief of Staff and Coordinator at Directorate of Army Public Relations, 2007 to 2009.