My detention in DSS facility part of dirty politics by APC – Abaribe. 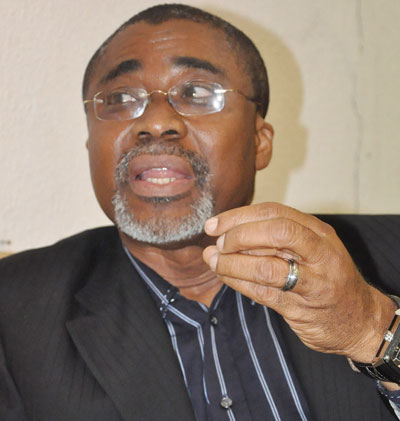 The Senator representing Abia South, Enyinnaya Abaribe has Thursday, at the National Secretariat of the Peoples Democratic Party, PDP, in Abuja, said that his arrest and detention by the Department of State Services, DSS, was part of the “dirty politics” being played by the ruling All Progressives Congress, APC.

He observed that the entire National Assembly was under siege, adding that members are being hunted by the Executive arm saying that the 2019 election will be a decisive factor for governance in the country.

The senator warned that the actions and inactions of the Independent National Electoral Commission, INEC, will have effect on whether Nigeria will continue to exist after the elections.

He was released last Tuesday after spending five days in DSS detention.

According to him, the government will always find a reason to detain its political foes as a result of loss of confidence among the Nigerian people.

His words, “All that they are doing now is nothing but intimidation and trying to make sure those strong voices and voices that are saying that enough is enough, they will like to silence.

“Today, my own is sponsoring terrorism. And so everybody should get ready. They will find something that they will hang on your head.

“Where we are today in Nigeria, I can only make one recommendation to Nigerians. And that recommendation is: get your PVCs ready because we have to vote out this government.

“There is no other way we can do it because as you can see, this government is descending into tyranny.

“And when I was arrested and I was taken to my house for it to be searched, in the warrant of arrest for the search of my house, what they said was that I was a sponsor of terrorism.

“And I wanted to know subsequently how I would sponsor terrorism and they put there in bracket that I was aiding and sponsoring a proscribed organisation ‘IPOB’.

“And so, everybody in Nigeria knows that I signed the bail bond for Nnamdi Kanu of IPOB. And if signing the bail bond means that I am now a sponsor of IPOB, what it means also is that every Nigerian should be ready.

“And so, I believe that when people are challenged and confronted historically at defining moments for the nation like we have today, they will rise up to expectation”.

The lawmaker thanked the leadership of the PDP for the support he received during his ordeal.