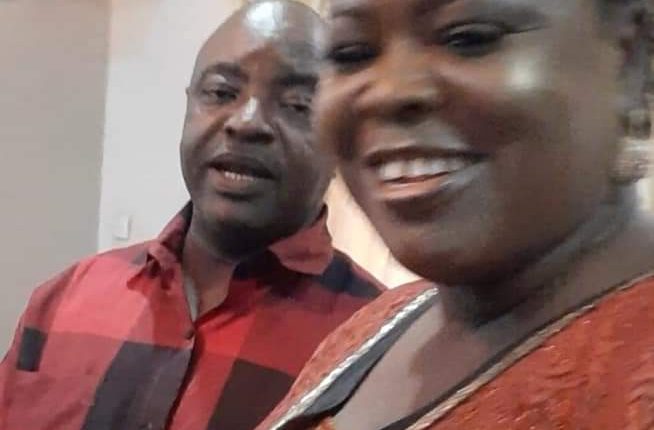 The indigene of Egba land in Ogun state have expressed total dissatisfaction with the  handling of the case of the new year day killing of a Central Bank of Nigeria staff, Kehinde Fatinoye, his wife and son.

They were particularly angered with the  reported escape of one Mr Lakan Adekanbi, the only suspect, connected to the killing from the Ibara Police division where he was been held in custody.

Recall that the Police had told the general public that they have arrested Adekanbi as the prime suspect after the killing. He was the driver of the late CBN staff until the day he was assassinated.

An online publication had reported that few days after the arrest, two policemen from the division were said to have taken the suspect to a hospital after he complained of fever.

“At the hospital, Lekan was said to have pretended like he wanted to urinate and he escaped.

“The suspect fled when he discovered that the domestic staff of the Fatinoyes, who was taken away by the assassins alongside their son, did not die.

“He had become restless the moment he set his eyes on the domestic staff, it was learnt”, the online news outlet reported.

As a result of the incident, the Divisional Police Officer (DPO) in charge of Ibara, Abeokuta, CSP Bernard Ediagbonya, is said to have been removed for alleged negligence, and the officers, under whose care the suspect escaped, are facing sanctions for failing to prevent Adekanbi from running away.

Not fully satisfied with the way the case is been handled the Egba Indigenes and Youths of Ibara have called for a thorough investigation into the incidence, asserting that it has become obvious with the circumstances that led to the escape of the only suspect means that there is more to the case than meet the eye.

A representative of the people who spoke to the media on condition that his name will not be on print accused the police in the state of playing games with the case. “We are not happy at all with the way this case is been handled by the police. how can the only suspect connected to this killing escape police custody that easy. There must be an explanation to this as we will not rest until we we get to the root of this case. A man and his family cannot be killed goats and the government is going on like nothing actually happened.

“We are calling on President Muhammadu Buhari, the IG of Police to adequately look into this issue to avoid the Youth taking law into their hands, because as it is now there is anger in the town,” he concluded.

An entire family had been wiped out from the surface of the earth while the prime suspect escaped according to the police “who is fooling who”…? They asked

Insurance of Benin return with a bang, Hammer Akwa United 2:0