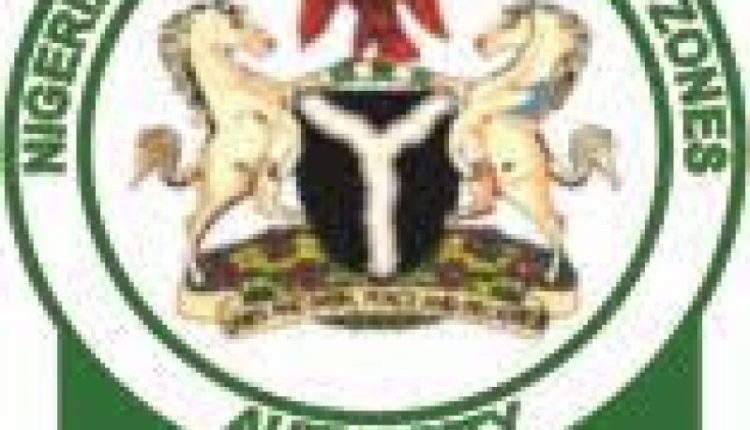 The decision of our past governments leading to the adoption of the Free Trade Zones Scheme, a global economic model to aid widespread economic growth on November 30, 1992 has to this moment remained a legendary step toward fast tracking the country’s industrialization.

The scheme was first adopted through the enactment of the Nigeria Export Processing Zones Authority (NEPZA) Act 63 of 1992 and this gave the Authority the mandate to license and administer the scheme in a manner to fast track economic growth and industrialization.

The scope of the model was thoughtfully widened with the enactment of the Oil and Gas Free Zones Act, CAP 05 Laws of the Federation of Nigeria, 2004), specifically bestowed with the mandate to license, regulate and administer investments in the oil and gas free zones in Nigeria.

These two regulatory agencies have kept to their mandates in a way that they have continued to spew the fortunes of the scheme for the growth of the economy.

The country may not have reaped bountifully from the scheme within the last 30 years, but the scheme has shown flashes of successes and achievements in providing backward linkages to the various production value chains in Nigeria,.

Also, it can be seen that further milestones have been reached as a result of President Muhammadu Buhari’s unflinching commitment and support for the development of the scheme in the past seven years.

The government’s involvement in the promotion of the operations of the zones has led to the upsurge of interests of both zone owners, and enterprises alike to continually leverage on the country’s huge market to boost their profits exponentially.

In like manner, the Oil and Gas Free Zones which have become growth centres that compliment government’s efforts by enhancing job creation, have significantly contributed to the country’s GDP through the multiplier effect of its activities.

Since inception to date, OGFZA has attracted over 30 billion-US-dollars of FDI into the country. It has also created over 50,000 direct jobs and an estimated 160,000 indirect jobs. Furthermore, it has also attracted over 185 foreign and local companies to its controlled zones.

In addition, local capital investment in the free zones stands at N255.33 billion, facilitating both physical and economic developments in the locations of its free zones with 103 functional companies from 45 countries operating in the zones.

It is therefore, important to state that the scheme, even with its unparalleled incentives that appear to be like a comprehensive tax holidays, remains a major lubricant of the Nigeria’s economy in all ramification.

The concept is beginning to make a lot more meaning as both NEPZA and OGFZA have resolved to seamlessly interpret government’s vision on using variant free zones to revamp the nation’s economy in a more expeditious manner.

Permit me, therefore, to draw an inference from one of the founding Directors of World Export Processing Zones Association (WEPZA), Richard Bolin, who said in 1988 conference in Flagstaff, Arizona USA, that “Free Zones were not going to disappear, but that they could only undergo changes.’’ This is, however, coming through with the diversification and multiplication of unique zones based on the services they offer.

As can be seen, both NEPZA and OGFZA have continued to seamlessly interpret president’s vision on revamping the economy using the Special Economic Zones (SEZs), a free zone variant that allows for the licesing of specialized zones.

It will not be out of place to, therefore, commend this administration that has taken lofty steps to indeed begin genuine revamping of the economy by approving six new of those variant zones that will eventually obliterate the ugly tales of the country just being able to set up only two public free trade zones in almost 30 years.

These new special economic zones under NEPZA control are the Medical/Pharmaceutical SEZ Lekki, Agro-Allied SEZ Ilorin, and the Integrated Cotton/Textile/Garment SEZ Funtua, Katsina. The three others are to be located in Benue, Gombe and Ebonyi states respectively.

This pragmatic approach of the government to widen the horizon of the scheme is a testament to the president’s vision to more than ever before use this global business corridor to generate employment, attract both FDIs, and DDIs, and to further envigorate the building of a production-based economy for sustainable growth.

No doubt, the scheme holds greater prospects for our nation as it provides us the latitude to operate it in such a manner to have far-reaching positive impacts on the government and citizenry.

There is no gainsaying that the Lekki Deep Sea Port, a marquee project, at the Lagos Free Zone, that has been completed will have a huge positive impact on the Nigerian economy.

It has the capacity to contribute significantly in boosting the economy and to also bring about the desired global competition in the country’s shipping, logistics and all associated businesses.

The project which sits on 90 hectares of land and promoted by the Tolaram Group based in Singapore, the Nigerian Ports Authority (NPA) Lagos State Government and China Harbour Engineering Company (CHEC) is projected to generate over 170, 000 direct and indirect jobs.

Also located at the Lekki business axis, is the Dangote Free Zone Enterprise harbouring a world class multi-billion-naira Refinery touted to be the world’s biggest single-train facility aimed at reducing the country’s oil importation and saving government’s billions of dollars from importation.

It will not only provide over 70,000 direct and indirect jobs, but will remove the stigma of an oil producing country that is now compelled to import refined petroleum products for domestic use.

So, you can see from the progress made, it isn’t just a wish for us to drive the nation’s economy using this scheme, but that the present administration has backed such wish by taking action to raise the ante in its funding, policy support and effective management of the scheme.

It is again important to state that the scheme, even with its unparalleled incentives that appear like a comprehensive tax holiday still remains the Nigeria’s economic fulcrum.

After all, the overall objective for the adoption of the scheme is to create an enabling environment for export-oriented manufacturing in both the oil and non-oil sectors of the economy, a role it is currently playing very well in spite of some avoidable challenges.

It is, therefore, incontrovertible to aver that the federal government has within the last 30 years benefited enormously from the free zone operations through the consistent inflow of FDIs; DDIs, employment; foreign exchange earnings; technology transfer; and special skills transfer as earlier mentioned.

Interestingly, the prospect of the country’s 30 years free zone is further brightened by the country signing off to the Africa Continental Free Trade Act (AfCFTA) in 2020. It is a new business and trade agreement with 54 African countries merging into a single market of 1.3 billion people.

Nigeria is, therefore, focused on using a variety of its economic frontiers, including the free zone to leverage on this agreement to expand its trading routes across the continent.

To this end, NEPZA and OGFZA are beginning to activate their individual action plans to ensure that the country’s free zone lead the citizens to economic prosperity going forward.

This resolve is already being displayed by Prof. Adesoji Adesugba, the NEPZA’s Managing Director/CEO, who shows no hesitation in drawing more investments into the Authority’s free zone net having recently agreed to a partnership deal with Binance and Talent City to float the first Virtual Free Trade Zone in Africa. The Authority is seeking to use this new brand zone to break new grounds to widen the country’s economic opportunities.

The NEPZA’s boss’ singular goal is to engender a flourishing virtual free trade zone that will take advantage of the near $1 trillion-dollars virtual economy in blockchains and digital economy.

Adesugba’s performance and achievements within just two years as helmsman of the Authority are too numerous and commendable and these accomplishments occured because of his firm focus and knowledge of the free zone concept.

This thoroughbred investment promoter has also recently encouraged the licensing of the Hydropolis Free Trade Zone in Kainji, Niger State where an initial capital of 1 billion-US-dollars shall be committed to its development.

The zone, described as first of its kind in the North Central region, shall be a replica of the Lekki industrial corridor. The positive impact this multi-billion-dollar business ecosystem will bring on the economic and social life of the people can only be imagined.

In a similar vein, OGFZA has made an enormous impact on the development and economic growth of the country since its inception in 1996.

Basically, its vision is to be that premier agency of government responsible for promoting, securing and sustaining investments in the nation’s oil and gas free zone.

On the other hand, the Authority has the mission to facilitate public-private partnership investments as a vehicle for promoting accelerated growth and development.

For instance, as at 2015, investment inflow into the free zone represented 65.5 per cent of total investment of the nation. Little wonder the agency has its cabinet filled with local and international awards such as Specialism Award, Bespoke Incentives and Large Tenant Awards from 2017 to 2022. These are all fDi awards, a Magazine of the Financial Times of London.

In 2019, OGFZA also received the Award of Excellence in Productivity and Innovation in e-government from the National Productivity Centre. This year, OGFZA again, emerged tops alongside two other agencies on the PEBEC’s Ease of Doing Business ranking crowned as the most efficient agency of government; a feat the Authority has maintained these past years.
To further propel the Authority to deliver more, the president in July appointed Sen. Tijjani Kaura, MFR; as its Managing Director/CEO to succeed Chief Umana Okon Umana, now Minister of Niger Delta Affairs. Kaura has told everyone who cares to listen that his tenure would be to grow the inflow of investments in a torrential manner with strict focus on corporate governance, transparency, accountability and due process.

In conclusion, it is alright for these two agencies to roll out the drums to celebrate, but whilst doing so, the government and other vital collaborative agencies helping to nurture the scheme should brace up to eliminate all superfluous tendencies preventing the country from realizing the full potentials of this global business concept.

THE UNWARRANTED, ILLEGAL AND UNCONSTITUTIONAL DETENTION OF DBANJ BY THE ICPC