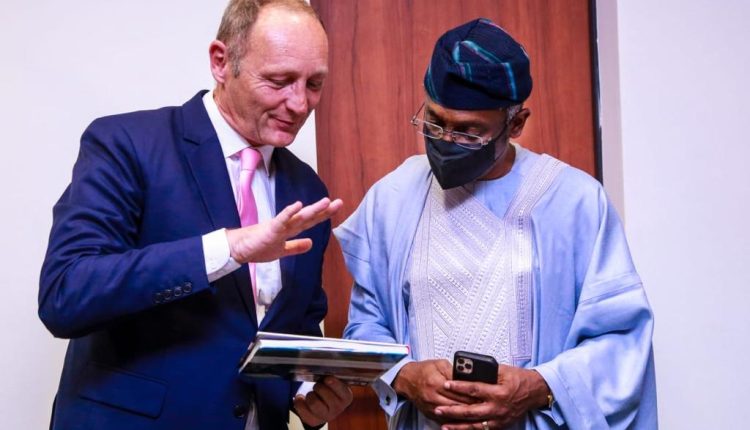 The Speaker of the House of Representatives Rep. Femi Gbajabiamila has said that Nigeria is open to having more economic ties with European countries and helping develop its internal endowments.

He stated that the country would welcome investments from Europe and also seek the transfer of technology to develop its enormous natural resources, including gas and renewable energy sources.

“Renewable energy is one way to go. Nigeria has its economic plans well thought-out. And we are well-endowed; we have hydropower, solar and alternative energy.

“All we need is technology transfer; we have to build the partnerships”, he stated.

Gbajabiamila was speaking on Thursday when he received a parliamentary delegation from Austria at the National Assembly in Abuja.

The delegation was led by a member of the Austrian National Council, Hon. Dr Axel Kassegger.

The Speaker, who condemned the war in Ukraine, applauded the sanctions imposed on Russia.

However, he noted that the sanctions also meant that European countries depending on gas supplies from Russia had been cut off, adding that Nigeria with its huge gas reserves, could become useful in reducing the supply gap to the affected parts of Europe.

Gbajabiamila also spoke on parliamentary diplomacy, which he said had been well-deployed by the 9th House of Representatives in collaborating with the Executive to address issues bordering on national security, the safety of Nigerian citizens abroad, among others.

He recalled how the House effectively deployed parliamentary diplomacy during the xenophobic attacks in South Africa, the trade disputes involving the Ghanaian authorities/foreigners and recently, during the onset of the war in Ukraine.

“Just recently, when the war in Ukraine started, the House intervened to ensure that our citizens in Ukraine were brought home safely.

“The Leader of the House was sent on that mission to oversee the implementation of the resolution passed by the House, which was to evacuate Nigerians home safely”, he added.

Speaking earlier, Kassegger disclosed that the mission of the delegation was to look into how to expand relations with Nigeria in business development, education and the deepening of parliamentary diplomacy.

He described the war in Ukraine as “a shame” and urged all nations to condemn it.

Members of the delegation took some minutes to interact with Gbajabiamila, asking questions about investment opportunities in Nigeria and areas Austria could tap into in order to expand both countries’ diplomatic ties started about 60 years ago.

Signed:
Lanre Lasisi, Special Adviser on Media and Publicity to the Speaker, House of Representatives, Federal Republic of Nigeria.

Delta Guber 2023: Speaker  Oborevwori in Trouble over Discrepancies in Documents.