Afrocart features around 200 products including rare spices, snacks and soups 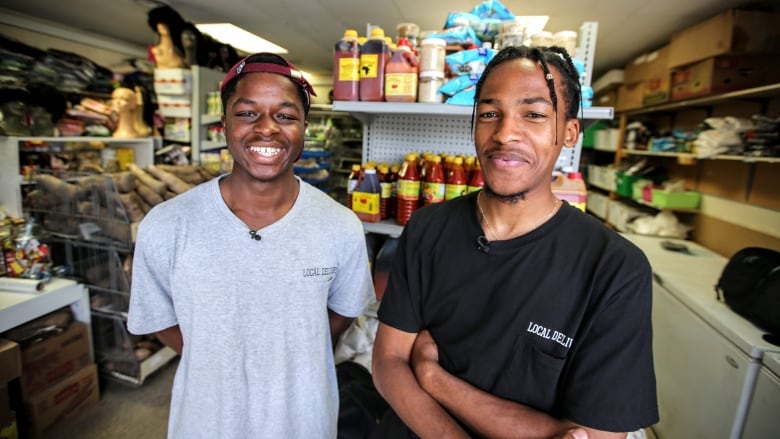 When Stephen Ayeni and Naafiu Mohammed first met in a math class at the University of Toronto in 2015, they had plenty to talk about.

As international students from Nigeria, the two instantly hit it off. They talked about life in Canada and started studying for calculus exams and assignments together.

But it didn’t take long before the inevitable came up: how much they missed the food back home in Nigeria.

“One of the first things I noticed was how much I missed my mom’s cooking,” Ayeni remembered of his first days in Canada.

The 20-year-old wasn’t much of a cook when he left Nigeria. But at his first Canadian home in Port Dover, he faced an even bigger challenge when he tried to whip up some of his mom’s old classics.

“When I was trying to replicate Nigerian food, I figured out that it was really difficult to get those actual ingredients,” he said on CBC Radio’s Metro Morning, recounting his old four-hour round trip drive to an African grocer. “I realized that was a problem for the African community in Canada.”

To help solve that problem for other homesick Africans, the two friends teamed up to launch Afrocart last year.

When the store launched in late October 2017, Afrocart racked up $300 in sales within its first week.

“I was shocked,” said Mohammed, 21. “To me, it really shows the true demand that’s really out there.”

Mohammed and Ayeni buy the products in bulk from an African grocery store in Toronto, then sell to customers who can’t easily access similar brick-and-mortar businesses.

Kilishi, a type of spicy beef jerky native to Nigeria’s Hausa ethnic group, has been the store’s hottest seller so far.

“Every time we get this product, in three or four days, it’s gone,” Ayeni said with a laugh. “My friends are texting me saying, ‘Hey when are you getting it back? We need it!.'”

Afrocart has shipped orders across Canada and the U.S., and as far as France and the U.K.

“When we deliver the products we get that feeling that we’re actually helping the customers out,” said Mohammed.

“We’re on that path of actually influencing everybody’s life in a positive way,” he added. “And I guess it’s just through food or grocery shopping.”

I will do one term if elected–Atiku