Orji Kalu set to be sent to prison 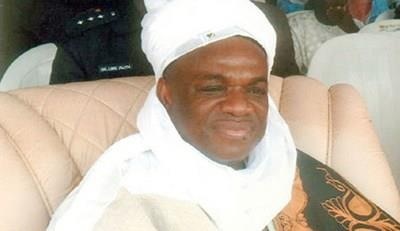 News filtering in has it that former Governor Orji Kalu is said to be on his way to prison over the fraud cases against him that has lingered for eleven years.

This is despite his recent romance with President Muhammadu Buhari, who he has been junketing all over the nation campaigning a second term for.

The APC chieftain and two others are facing charges bordering on mismanagement of funds and criminal conspiracy during the era of Kalu as Abia State Governor.

According to a source, there is a plot by President Muhammadu Buhari and the so-called cabal in the villa to use Kalu as a scapegoat.

The APC chieftain, was recently decorated with the chieftaincy title of “Dan Baiwan Hausa” of Daura, viewed by many as a way of getting a soft landing from the President.

Speaking under condition of anonymity, the source said, “you know people have been complaining that the APC-led federal government has been bias in its fight against corruption.

“The transfer of the case was orchestrated by the former Chief Judge of the Federal High Court, Justice Ibrahim Auta.

“You can imagine, Justice Idris, who was a few months ago elevated as a Judge of the Court of Appeal has been mandated by the powers in Abuja to round up the case and jail Kalu.

“I am aware that one Barrister Igwe, a stooge of Justice Ibrahim Auta is the link between the duo of Idris and Auta.

” Counsel to the Economic and Financial Crime Commission (EFCC), Mr. Rotimi Jacobs, SAN is always bragging to his friends in the legal profession that he has the backing of Justice Idris and the presidency in the ongoing trial of Kalu.

Speaker Dogara submits PDP nomination, expression of interest forms …We were treated as strangers in APC