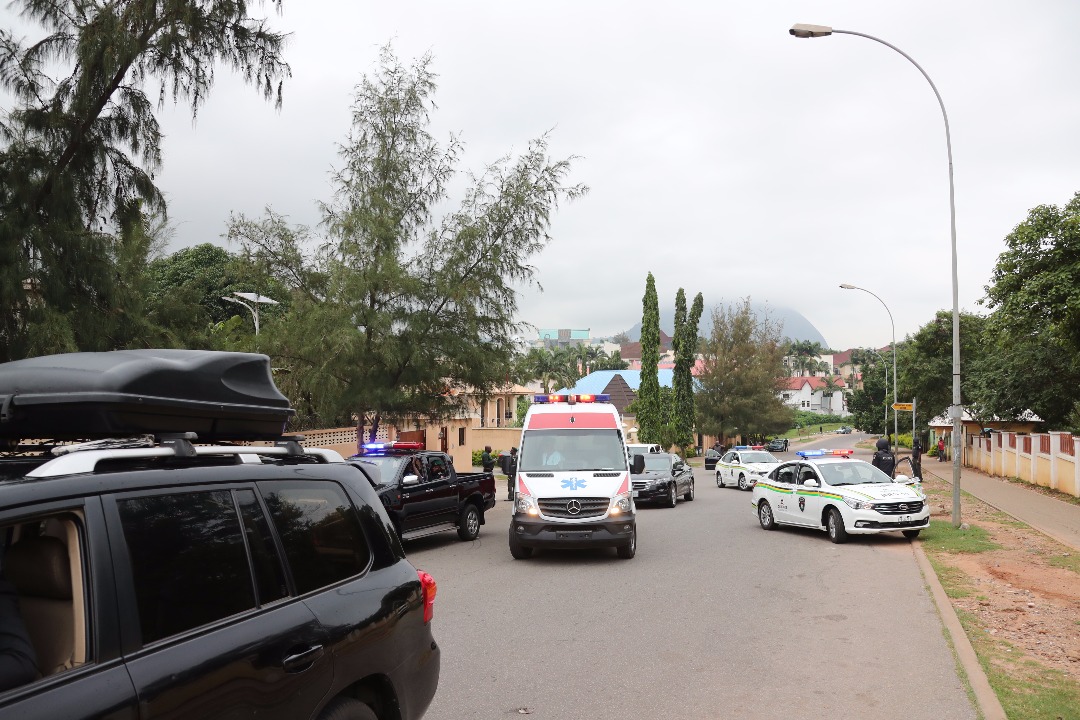 The tenure of Senate President, Bukola Saraki and that of his deputy, Like Ekweremadu may come to an abrupt end if ongoings in the political sphere is anything to go by.

This is because both men were prevented from going to the Senate chambers to exercise their duty of presiding over plenary session today.

Men of the Department of State Security,DSS, Tuesday prevented both men from leaving their official residences as the condoned off both exit and entrance routes.

This may chance the pro-Buhari lawmakers in the red chambers to take advantage of the situation by relying on Section 68 (1&3) which states interallia; That A member of the Senate or of the House of Representatives shall vacate his seat in the House of which he is a member if –

(3) A member of the Senate or of the House of Representatives shall be deemed to be absent without just cause from a meeting of the House of which he is a member, unless the person presiding certifies in writing that he is satisfied that the absence of the member from the meeting was for a just cause.

Obviously acting on instructions from above, the DSS condoned off entrance and exit of the houses of the top legislative officers located in the Maitama area of the Federal Capital Territory, FCT.

Recall that Senator Saraki has been having a running battle with his party, the All Progressive Congress, APC. His grouse was the systematic removal of party structure from him in his native Kwara state, thus foreclosing any chance of returning to the senate if he chooses to remain in the party. This led to his tacit support for the emergence of a faction of the party, Reformed APC led by former President Buhari’s right hand man, Engr.Buba Galadima.

The embattled Senate president has survived many battles since assuming office, the latest being the Supreme court:s judgement that quashed all cases of corruption brought against him,using the instrumentalities of the Code of Conduct Bureau and the Economic and Financial Crime Commission, EFCC.

His victory at the apex court opened door for the presidency, who invited him to Aso Rock and pleaded with him on the need to have a rethink of his plans to dump the APC. The pleas from Buhari and Oshiomhole, APC new party chairman seemed to have fallen flat, hence the Inspector General of Police reopened the Offa case and reinvited him to police force headquarters. He was said to be on his way to honour the police invitation when his convoy was blocked by security personnel.

Reacting to the police recent invitation, Saraki is quoted to have stated; “”This plot aimed at compelling me and my associates to stay in a party where members are criminalised without just cause, where injustice is perpetrated at the highest level and where there is no respect for constitutionalism is an exercise in futility and it will fail.”

Pundits are of the view that the siege laid by security operatives is aimed at preventing both the Senate President and his deputy from presiding at plenary session, stop Saraki from formally announcing his defection from the APC and also cause a leadership change in the Red Chambers by pro-Buhari lawmakers.