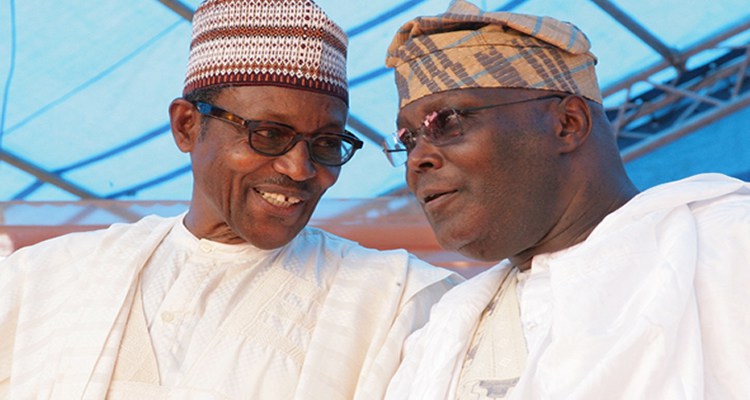 The New Vision Group join other well meaning Nigerians and members of the Peoples Democratic Party (PDP) in heartily congratulating His Excellency, Alhaji Abubakar Atiku, GCON, the Wazirin Adamawa, on his emergence as the presidential candidate and flag bearer of the PDP in the 2019 presidential elections.

Atiku’s victory in a keenly contested primary election against worthy and distinguished contenders, is not only a definitive demonstration of his outstanding qualities as a leader but a confirmation of his pedigree as a seasoned administrator and an accomplished technocrat.

We declare that the victory at the Port Harcourt convention gives credence to our faith in the ability and competence of Atiku to restore Nigeria on the path of unity, growth, economic and socio-political stability having being the first group to compel him to contest the 2019 elections on whatever platform to rescue the country from the maladministration of the APC administration.

His emergence as the PDP candidate is a testimony to Atiku’s sterling credentials as a democrat par-excellence, who has justly been rewarded with the well deserved victory he richly deserves, in a robust political career that spans over four decades of patriotic service and contributions towards the sustenance and deepening of Nigeria’s democracy.

Furthermore, we are absolutely convinced that PDP delegates have made the right choice in electing a presidential candidate capable of wrestling power from the inept Buhari administration that has plunged the country into the abyss of despair, disunity, poverty, hunger and rising rate of insecurity.

While congratulating Atiku and the PDP national leadership led by Chief Uche Secondus, the New Vision Group affirms once more that Atiku’s emergence as the party’s presidential candidate signals the firm commitment of the PDP and indeed, all Nigerians that the journey to reclaim our nation from the hordes in the APC is a collective task that must be actualized by voting a party and an administration that is not only clueless about addressing the challenges facing the country, but has displayed crass incompetence and instead, promoted mediocrity, and nepotism to new heights in the last three and a half years it has been in power.

We also congratulate His Excellency, Governor Ifeanyi Okowa of Delta State and members of the convention planning committee for organizing a superlative, hitch-free and seamless convention, adjudged as the freest, fairest, most credible and transparent election in the calendar of the PDP and the country since 1999.

We therefore, challenge the Independence National Electoral Commission (INEC) to take a cue from the manner the PDP convention was conducted and use the template to deliver free, fair and credible polls in 2019.

Once more, we say congratulations Your Excellency, Alhaji Atiku Abubakar and we look forward to a New Nigeria under your dynamic and visionary leadership come 2019.