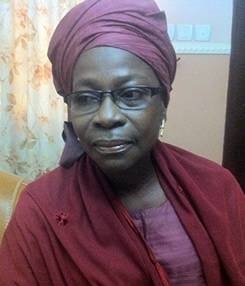 Protesting workers at the Code of Conduct Bureau, CCB, have barred the Acting Executive Secretary of the agency, Mrs. Folashade Kolawole from gaining entry into her office.

According to information at the disposal of PenPushers, the workers are protesting against the move by Kolawole to employ another Director of Finance and Administration, DFA, when the agency has a subsisting one.

Kolawole whose appointment is still shrouded in controversy, having previously retired from service, is believed to have written and gotten the approval of the Accountant General of the federation to hire her kinsman from Kwara state as the new DFA in order to be able to assess the over N120m in the vault of the agency.

An aggrieved worker who spoke under condition of anonymity disclosed that aside trying to bring in a new DFA from outside the agency, Kolawole has being carrying out activities that negate workers welfare since her sudden reemergence.

“Nigerians should be aware that since Mrs. Kolawole assumed duties illegally, the agency has experienced a complete shut down. Operatives are not mobilised to embark on operations, hence you no longer hear about our activities.

” She went outside the Bureau to go and bring in another DFA, who by the way is her kinsman from Kwara state. As I speak with you, she has drawn up a list of workers she term dissidents with the intention to post them out of headquarters leaving only people she calls her loyalists.

Workers also allege that Kolawole two months ago, hired a new Director of Legal service, also an indigene of Kwara state when the Bureau still have a substantive person manning the position.