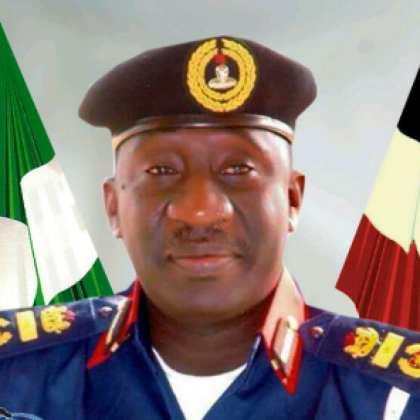 The attention of the Citizens Watch Advocacy Initiative (CWAI) has be drawn to the malicious text messages circulated in social media by traducers and fifth columnists who do not mean well for the collective synergy displayed by our securities agencies and the rebranding of the NSCDC for the rehabilitation, reintegration, mitigation and the protection of key national assets and infrastructures under the leadership of Comptroller General, Abdullahi Gana Muhammadu.

As champions and propagators of transparency, good governance and accountability in the country, these malicious and politically motivated smear campaign and text messages are intended to cast aspersion on the hard earned reputation of the Nigerian Security and Civil Defense Corps (NSCDC).

Citizens Watch Advocacy Initiative (CWAI) worry and concerns stem from the fact that these mischief makers and agent provocateurs donning the garb of public officers hide under the umbrella and cloak of anti-corruption war to persecute their preserved enemies with contrary views. We are therefore, constrained to issue the following statement:

1. That the orchestrated smear media campaign of text messages against the management of NSCDC in a section of the media by traducers and mischief makers are intended to drag the name of the organization in to odium and public ridicule and therefore should be discountenanced and jettisoned by well meaning Nigerians.

2. The deliberate blackmail, witch-hunt is unfortunate and mischievously carried out by a faceless group against the management of NSCDC. The said text messages is not only spurious and wicked but a fabricated fallacy by mischief makers in its plans to change the position and proactive narrative of the Nigeria Security And Civil Defense Corps (NSCDC) and portray it in bad light by undermining its constitutional responsibilities. The NSCDC will continue to work assiduously and in harmony with sister security agencies across Nigeria for the common good of the entire country.

3. As an advocacy organ, we condemn in strong terms, the malicious messages in various media platforms to deliberately smear the hard earned reputation and sterling character of the Comptroller General, commanders and men of the NSCDC. The leadership under Muhammadu Gana, will not tolerate any indiscipline from any officer in whatever guise or command across the country, as the espirit-de-corps among the officers and men is very high including the morale of the entire work force. There was no time in the history of the organization where field officers and commanders have become friends with criminal elements or vandals of assets and therefore such innuendos should be disregarded forthwith and condemned by well- meaning Nigerians

4. CWAI therefore urges Nigerians to disregard the innuendos orchestrated by fifth columnists, salute the NSCDC gallantry, patriotism, new sense of direction and the determination to ride the country of vandalism and criminal elements and therefore passes a vote of confidence on the hierarchy of the NSCDC and the anti-corruption stance of the Comptroller General.

5. We urge the media and Nigerians to be vigilant and not be hoodwinked by these unscrupulous elements in the society who are eager to malign the good name and integrity of honest, hardworking and patriotic Nigerians and refrain from publishing defamatory or any falsehood in a bid to seek revenge.

6. We urge the authorities of the NSCDC to remain focused and undeterred in their on-going efforts to reposition the organization and provide best management practices in the organization. They should not be distracted or discouraged by the antics of these fifth columnists who do not mean well for the harmonious relationship existing between NSCDC and her sister security agencies. CWAI also urge the Comptroller General to continue with his good work to the nation in repositioning the NSCDC for effective service delivery to complement the actualization of PMB change agenda.

KOWA is first to canvass for restructuring