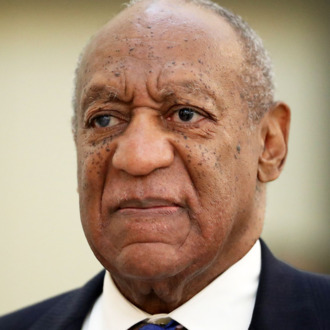 Cosby, convicted in April of aggravated indecent assault, declined to speak to the court prior to the sentence. His attorneys have filed an appeal. 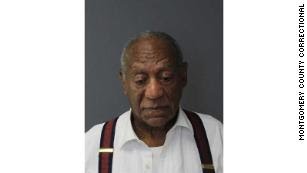 Bill Cosby’s mugshot was taken on Tuesday, Sept. 25 as he was being processed into the Montgomery County Correctional Facility.

He also was ordered to pay a fine of $25,000 plus the costs of prosecution as part of the sentence. In addition, O’Neill ruled that Cosby will be classified as a “sexually violent predator,” a determination that requires lifetime registration, lifetime mandatory sex offender counseling with a treatment provider and notification to the community that a “sexually violent predator” lives in the area.

Cosby was booked into Montgomery County Correctional Facility and will be transferred to SCI Phoenix, a state prison in Collegeville, according to Corrie Emerson, public affairs manager for Montgomery County.

The lengthy path to this moment began in 2004 when Cosby, the groundbreaking actor, gave Constand pills to incapacitate her and then sexually assaulted her. She told police in 2005 about the incident but prosecutors declined to press charges, and they settled the case in civil court a year later.

A decade later, dozens of women came forward to say Cosby drugged and sexually assaulted them over his decades as a powerful media figure.

Constand’s was the only one of those cases that occurred within the statute of limitations. A new team of prosecutors took up the case and, relying on Constand’s and Cosby’s statements in a civil deposition, arrested him in December 2015. 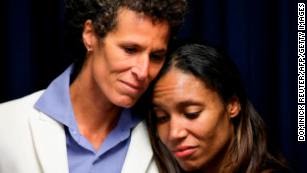 A first criminal trial against Cosby ended in a hung jury. But in April, Cosby was convicted of three counts of aggravated indecent assault for drugging and assaulting Constand in the first high-profile celebrity criminal trial of the #MeToo era.

“No one is above the law, and no one should be treated differently or disproportionally,” O’Neill said.

Cosby’s spokesperson Andrew Wyatt unleashed on the media, judge and prosecutors after the sentence, calling the prosecution “the most racist and sexist trial in the history of the United States.” He also said Cosby was doing well because “he knows that these are lies” and even compared it to the sexual assault allegation against Supreme Court nominee Brett Kavanaugh.

“They persecuted Jesus and look what happened. (I’m) not saying Mr. Cosby’s Jesus, but we know what this country has done to black men for centuries,” Wyatt said.

Gloria Allred, the victims’ rights attorney who represents several women who say they were assaulted by Cosby, praised the sentence as a long journey to justice.

“We’re glad that judgment day has finally come for Mr. Cosby,” she said. “Mr Cosby has shown no remorse and there has been no justice for many of the accusers who were barred from a court by the arbitrary time limits imposed by the statute of limitations.”

OBA OF BENIN CALLS FOR CONFLICT RESOLUTION IN ELECTRICITY CONSUMPTION