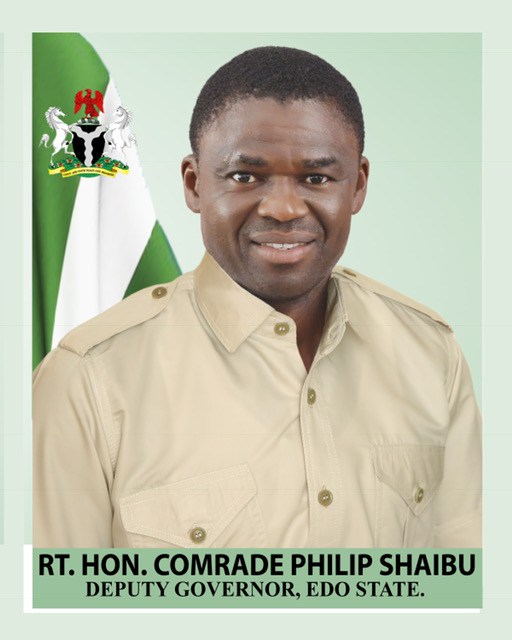 This was revealed by the Deputy Governor, Rt Hon Comrade Philip Shaibu at a meeting in his office with Leaders of the legislative houses from across the 18 local government areas in the state, adding that the expanded tax regime took effect from July 1, 2018 across the state.

A statement from his Chief Press Secretary, Comrade Ebomhiana Musa quoted the Deputy Governor as saying that: “we are doing all these to help the councils generate enough revenue internally to give them a solid financial. Councils should be able to construct feeder roads, health care centres and meet their salary obligation to their workers without recourse to the state. This is our idea of what an ideal local government should be.”

The Deputy Governor went further to say that “when we assumed office in November 2016, the monthly internally of the 18 councils put together was only N29m but today, they are hitting almost N300m. I must tell you that the target of Mr Governor is nothing short of a billion Naira from the the councils monthly.”

Leader of Egor Local Government Legislative House, Hon Emwingare Osabuohien who led his colleagues to the meeting had presented a catalogue of their needs to the Deputy Governor, pleading that they be implemented for effective discharge of their responsibilities. These include disparities in the salaries and allowances of elected councillors in the state, mobility and none payment their allowances as provided by the Revenue Mobilization and Fiscal Commission.

In his response, the Deputy Governor,pleaded with the legislative houses’ leaders to be patient with government and join tgrir chairmen to make the needed sacrifice for now pending when the economic fortune of the councils get to the desired level. ”

According to him, ” it is the desired of Mr Governor to clear all arrears of salaries and pension in the councils by December 2018 so that you all start on a clean by the time we entern2019, I want you to join hands with your chairmen to boost revenue in your respective ccouncils. By the time things improve, you will all enjoy, nobody will be left out Mr Governor and I are nit using the nunber of vehicles we suppose to have in our convoy as a matter of entitlement. The vehicles in our convoy are those we inherited from our predecessors in office. All these are the
some of the sacrifices we all have to make untill we take the state to our desired level”.