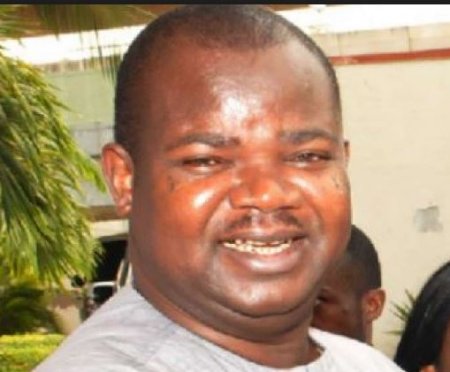 A FORMER presidential aide has lost – temporarily – a big hotel to the Economic and Financial Crimes Commission (EFCC).

The anti-graft agency seized the hotel, allegedly worth “between N650 million and N1 billion”, from Mr. Ima Niboro, who was former President Goodluck Jonathan’s spokesman.

The EFCC has secured orders from Justice Nnamdi Dimgba of the Federal High Court 10, Abuja on the final forfeiture of the two properties.

But a source close to Niboro said the ex-presidential aide only handed over what they described as his “life investment” to the anti-graft agency following some issues raised in connection with an international image laundering service for Dr. Jonathan.

The seizure of Niboro’s property followed the uncovering of $5.9million released by the Office of National Security Adviser (ONSA) for international image laundering campaign for the Jonathan administration.

Documents indicated that the campaign was designed to mobilise international opinion against Boko Haram and polish the administration’s image on how he was addressing the abduction of the Chibok girls.

It was gathered that EFCC detectives had uncovered cash withdrawals and money transfers to two international PR firms for the campaign.

The two firms are based in Washington DC and Chicago.

A source in EFCC said: “As part of the ongoing probe of ONSA, this agency has secured a court order for the final forfeiture of the hotel by the ex-presidential aide. The hotel is located in Galadimawa in Abuja.

“We were able to link the release of funds by ONSA to the ex-aide for international image laundering campaign for the ex-president to counter Boko Haram and temper global outrage over abduction of Chibok girls. There was little evidence of the job done. About 50 per cent of the job was done.

“We are still tracking the involvement of the firms engaged and how much was paid from ONSA. But following interaction with some former public officers, we were able to uncover the details about the international image laundering campaign.”

Detectives are on the trail of more suspects implicated in the image laundering campaign.

On Mahe’s property, the source confirmed that it has been finally forfeited to the Federal Government. “The mansion belongs to Mahe but it was paid for by Dasuki,” the source said, pleading not to be named to ensure a hitch free investigation.

A source close to the ex-presidential aide said “when he got wind of the probe by EFCC, he voluntarily went to the agency with evidence to prove that the job was 100 per cent executed.

“The ex-presidential aide fully cooperated with the officers of the anti-graft agency to show that the contract was well-executed.

“ The detectives however raised some issues on certain funds which were legitimately released. When the detectives were unconvinced, he let off his only investment in lieu of the said funds,” the source said, adding:

“ As far as this ongoing investigation is concerned, it has nothing to do with $2.1billion arms deal. It was a normal official engagement.”

Attempts to speak with Mr. Ima Niboro were unsuccessful as he was said to be out of town.”

OPINION: In Defence of the Fulani in Our Midst By Reuben Abati