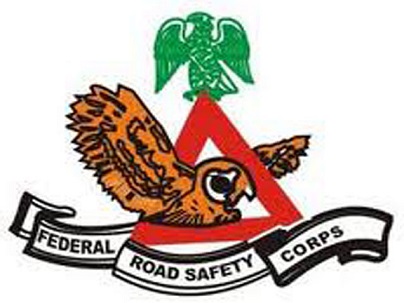 FRSC BOARD APPROVES THE PROMOTION OF 8 ASSISTANT CORPS MARSHALS AND 12 CORPS COMMANDERS.
The Federal Road Safety Corps (FRSC) Board has approved the promotion of 8 Corps Commanders (CC) to the position of Assistant Corps Marshals (ACM) and the promotion of 12 Deputy Corps Commanders (DCC) to the position of Corps Commanders (CC). The approval came after the Board met on Friday, 7thSeptember 2018, to deliberate on the exercise.
The Corps Public Education Officer, Federal Road Safety Corps (FRSC), Bisi Kazeem, listed the names of the newly elevated ACMs as PO Osadebamwen, Abayomi Olukoju, M. Shehu, MI Garba, DD Sayi, SU Umar, Yekeen Salami, and Sunday Maku.
He also gave the names of the newly elevated CCs as O Kalu, JI Dagwa, MA Jatau, EA Asaniyan, RN Monyei, TD Sifawa, SO Adepoju, U Wihioka, P Olaye, KM Kabo, R Ogom, and S Akinyemi.
According to him, the Chairman of the FRSC Board, Barrister Bukhari Bello, expressed his satisfaction on the transparency of the promotion exercise and urged the newly promoted staff to put in more efforts in ensuring that the highways are safe for all categories of road users.
Kazeem added that the Corps Marshal, Dr. Boboye Oyeyemi, equally congratulated the newly elevated Officers for their performances. He stated that Oyeyemi encouraged them to continually put in their best in the course of their duties.
The Corps Marshal promised to continue to improve the welfare of the Corps’ personnel in general to the satisfaction of all. He advised those who did not get promoted to keep faith and hope for the best in the next exercise.
Kazeem disclosed that the promotion exercise began with medical examination, physical exercises, computer based examination, and oral interview which took about a week to conclude.
The newly elevated Officers shall be decorated on Tuesday 11 September 2018 at the FRSC Headquarters situated at No 4 Maputo Street, Zone 3, Wuse Abuja.