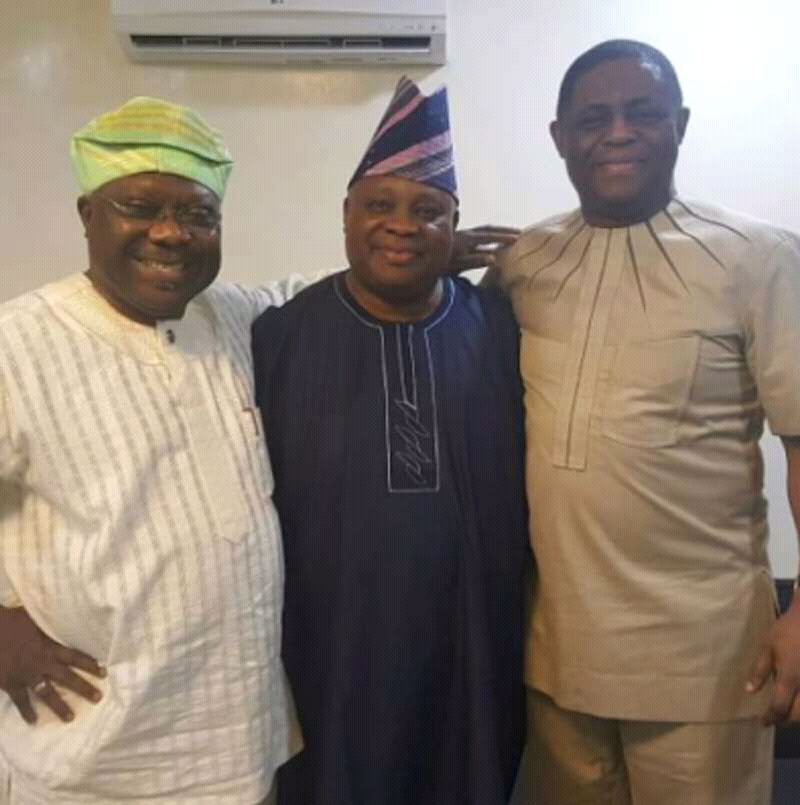 The Peoples Democratic Party, PDP, has rejected the call by the Independent National Electoral Commission, INEC for a rerun of Saturday’s governorship election in Osun state.

This coming on the heels that Iyiola Omidore of the Social Democratic Party, SDP, that came third in the election has thrown his weight behind his opponent, Ademola Adeleke of the PDP in the called rerun election.

In a press statement made available to PenPushers and signed by the party’s National Publicity Secretary, Kola Ologbondiyan and dated September 23, the party insists that the process was conclusive and that its candidate, Senator Ademola Adeleke, who won a total of 254, 698 votes, is in clear lead and should be immediately declared winner by INEC, having met the requirements of the 1999 Constitution (as amended).*

“Section 179 (2) (a)(b) of the 1999 Constitution, (as amended), is clear and very unambiguous in spelling out the conditions for returning a candidate to the office of governor of a state.

“This section states inter-alia, “A candidate for an election to the office of Governor of a State shall be deemed to have been duly elected where, there being two or more candidates – (a) he has the highest number of votes cast at the election; and (b) he has not less than one-quarter of all the votes cast in each of at least two-thirds of all the local government areas in the State

“The declaration of the election as inconclusive, by INEC is therefore a sordid robbery of the franchise of the people of Osun State, who participated in the election”

*It is obvious that having failed in their schemes to alter the final results due to the resistance of the people, the APC had to bear pressure on INEC to declare the election inconclusive so as to pave way for the perfection of their manipulative schemes, which the people of Osun state have firmly resisted so far*.

Instead of yielding to the evil machination of the APC, INEC should have summoned the patriotic courage to immune itself and end this needless controversy by returning the PDP and declare our candidate as the winner.

It is instructive to state that the PDP will no longer accept inconclusive elections as subterfuge by the APC attain its dubious electoral manipulative schemes in our nation.

*The people of Osun state and the entire nation are already aware that the PDP won this election. They have the authentic figures from the polling units and know the candidate the voters prefer*. The party said.

Meanwhile Iyiola Omisore of the Social Democratic Party, SDP, has agreed to work with the candidate of the PDP, Ademola Adleleke in the rerun election slated for September 27

OBA OF BENIN CALLS FOR CONFLICT RESOLUTION IN ELECTRICITY CONSUMPTION