Staff morale is low-NAN Chapel Chairperson. *as workers down tool 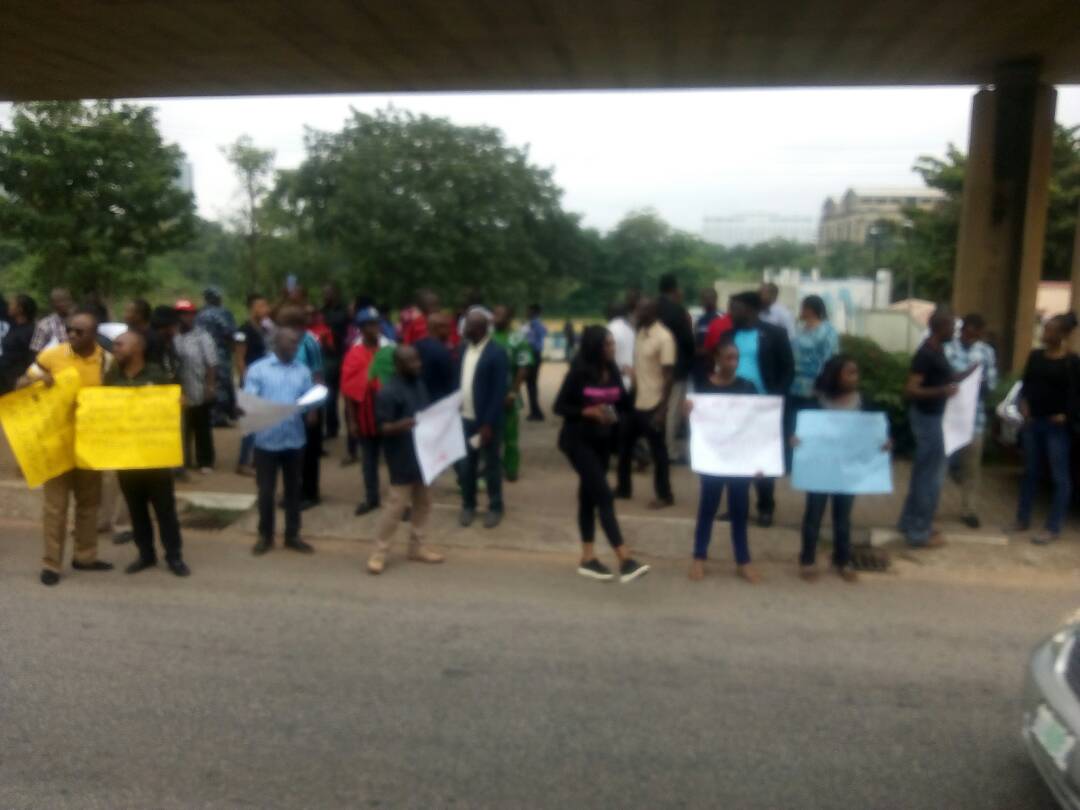 Staffers of the News Agency of Nigeria, NAN, have downed tools to press home their demands for better working conditions, insisting that management has not done enough to improve their lot.

Speaking during the protest today to draw the attention of the Federal Government to their plights the Chairperson of the Nigeria Union of Journalists, NUJ, NAN Chapel, Comrade Yetunde Bada, noted that,” The staff of NAN, have appealed to the Federal Government and management of the Agency to look into staff welfare, better remuneration and improved conditions of service commensurate with the level of enormous work put in by staff.

According to her, “The situation is so dire that the morale of staff is low; there is a lackadaisical attitude to work and most staff are indebted to one bank, micro finance or cooperative societies in order to make ends meet even after adjusting lifestyles to the pervading situation in the country.”

The Chairman Amalgamated Union of Public Corporations, Civil Service Technical and Recreation Services Employees, AUCPTRE, Suleiman Haruna, said their claims includes ” The conditions of service in use in NAN is 16 years old and the content is obsolete; the public service rules allows MDAs to review these conditions every 5 years.
The stipend of N5, 000:00, paid monthly to editorial and marketing staff to augment transportation is now 48 months overdue. All privileges relating to bus drop offs of reporters at assignment venues have been cancelled. Payment of promotion arrears of 2012 and 2017.
The shortfall in payment of promotion arrears of 2014, 2015 and 2016 that the FG magnanimously released funds to civil servants is filled with stories in NAN as it was computed wrongly.
Drivers are being owed arrears of overtime for more than 3years amongst other demands.

Responding to the allegations the Managing Director/ Chief Executive Officer, Bayo Onanuga, said all the claims are unwarranted and frivolous.
He said ” With a view to amicably resolve the issues, management invited the leadership of the 3 unions to a meeting on18th July 2018, but the unions insisted that they could only meet management if some leaders of RATTAWU, and NUJ, in Lagos were in attendance.

Onanuga said he held a general meeting with staff in Abuja, and noted that on Conditions of Service ” The Agency had since September 2017, forwarded to the Ministry of Information and Culture, for input and submission to the Office of the Head of Civil Service of the Federation for consideration.

He said inline with the practice he met, ” That all officers who wrote 2018, promotion Examination, were paid transport allowance, which was the practice he met when he assumed office in 2016 and that the examination was restricted to Lagos and Abuja centres to save cost”.