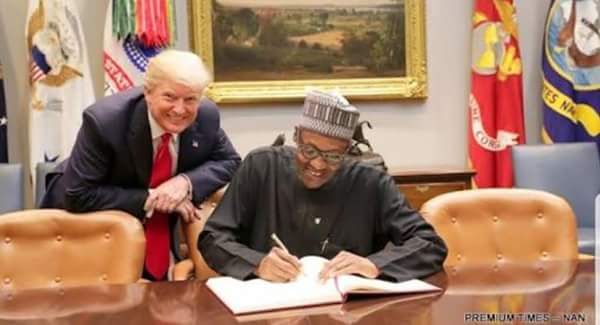 The last time that Donald Trump hosted an African President in the White House, he referred to him as “lifeless”, the Financial Times says in an article on President Uhuru Kenyatta’s meeting today.

Describing Nigerian President Muhammadu Buhari, the Financial Times says the United States President told his aides that he never wanted to meet someone so lifeless again.

Buhari is the only African President, besides Uhuru, to be invited to the White House since Trump camp into office.

Uhuru is expected to arrive at the White House at 8:15pm Kenyan time accompanied by First Lady Margaret Kenyatta and a lean government delegation.

FT reported that advocates of closer US-Africa ties hope Trump’s encounter with a younger and more urbane Uhuru, will change his position about being ‘lifeless’.

“Trump likes chemistry. Africa has never been high on his radar but if the big guy likes you he’ll find a way to make things work,” a person familiar with the US administration and the Kenya delegation said.

A senior policy analyst Joshua Meservey told FT that the two presidents have a pretty warm relationship which can hopefully pave way for more engagement with Kenya and the rest of Africa.

Uhuru and the first lady will walk together with their hosts through the South Lawn to the Rose Garden before getting into the Oval Office.