*On the comments by my very respectable elder brother, Soludo: 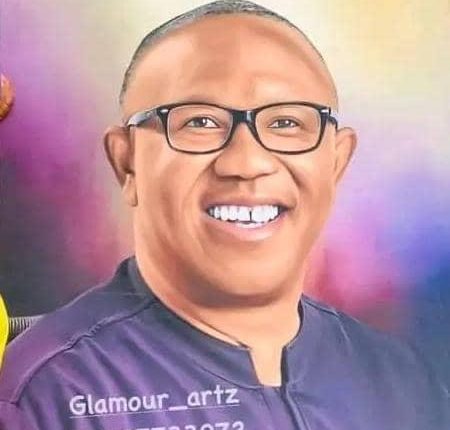 On the comments by my very respectable elder brother, Soludo:

I became governor in 2006, was impeached ending of 2006. Came back. When they said I should pay money for me not to be impeached, I said no, I can’t pay people for doing the wrong thing. I will rather go. But I came back (as governor).

They started MDG in 2000. After my impeachment, I came back in 2007, and started implementing MDG. By the time Nigeria ended MDG in 2015, Anambra state was Number One. The person in charge of pulling people out of poverty, Dr Magnus Kpakol, go and ask him about certificate (he gave us) for being Number One. He’s still alive. Go to Department of Statistics; I was the first governor to do a statistical record of poverty. I won a prize from the Federal Ministry of Works for having the best road network.

When I started, we were number 26 and 27 in WAEC and NECO (exams). By the time I left, we were Number One. I won the Bill and Melinda Gates prize for health. I can go on and on and say this is what we achieved. But the overall measure is MDG and I was Number One. I was invited to United Nations to share my experience.

Contract Administration
The day I left office, I was not owing any contractor who had executed his job. I didn’t say I was not owing for any contract awarded. You can only pay when the job is executed. I was not owing any supplier who supplied anything. Examples are (companies) like Innoson and Zinox Computers. I paid Zinox, and we bought the highest number of computers ever bought by a government in Africa – they are here. HP will tell you the same thing. I paid them six months upfront before they supplied it to our schools. I paid Innoson one year before he delivered any car. You can go and verify all these.

Savings Culture
Above these, I decided from day one that we must have savings as a state. We must save at least 10% of my total receipt by the time I leave government. Total money received by Anambra state while I was governor – whether state, local government, IGR – everything was about N500+ billion, out of which the day I left office, we had savings of N75 billion.

Investment Policy
The third one is investment I did in various companies. In companies like NIPP, we have 59 million dollars in it. The one they are saying is worthless is that we invested 3.5 billion in international breweries, a global company, part of a company which is the biggest brewer in the whole world.

We had a policy while I was governor that any foreign investor who wants to invest in Anambra state we will buy 10% of the company, and under the condition that it will give Anambra people employment of not less than 40% of the workers. They built the facility in Anambra state. That facility is there today, employing directly and indirectly over 10,000 Anambrarians. They’ve been one of the highest revenue source for the state, even some of their waste, the biggest piggery we have in Anambra state collects waste from them, there are so many things that company has done in terms of helping the state, transporters, etc.

So if you calculate what I left, I left 75 billion. If you go and sell the dollars today even at N600, it’s 150 billion, plus 60 billion of the naira, it’s N210 billion. Even if that one is wasted, three times what I invested is still there. When you spread your investment, some will go up, some will come down, but overall, the company is still there, still doing well, and it’s still part of a global chain.

Government is a continuum
I needed to explain this not because I’m defending myself regarding the comments by my brother. My brother is my brother and remains my brother. We’re very close and I remain prayerful for him.

For the things I didn’t succeed in doing, God has given (Soludo) opportunity to do it and succeed (smiles). If there’s anything pending, in governance you don’t finish (everything), you stop where you stop, other people will continue from there. I don’t look back.

He’s the governor of my state. He’s my elder brother. He’s even more intelligent than me because he’s a professor. I’m a trader, he knows more, so he will be able to do things better than I did it. I’ve done my little as a trader. Now the professor is there, (and) he will do his own as a professor. The schools I didn’t roof, he will roof them. That’s how government works. Another person comes, does his own.

Let’s Get Involved
Finally, please, get involved. All of us (presidential candidates) are going to tell you good stories, say the same things, but who can we trust? Even in this one they are talking about, some say he kept money and he did nothing, and I say ah ah! even in the bible the man said since you couldn’t do this, why didn’t you save my money?

If everybody who has led who did nothing kept money, would we have problem now? We would have had money to do something. At least I kept the money. But in this one, I did something and I kept money…

Nobody is a saint. I am not I have never claimed to be, and I don’t know everything. The little I know, I’ve tried. If you say you will fight corruption, let’s know where you passed through. How much did you leave there, how much was missing. At least today I’ve said where I left 150 million dollars, and 30 billion naira. Let others come and show where they left their own.

Go to Anambra state, if you see a piece of land allocated to Peter Obi or his wife or anybody related to me, directly or indirectly, come (and report and) I will stop campaigning. So I say I will fight corruption head-on because I’ve experimented it somewhere…

CULLED FROM THE VANGUARD.